Phnom Penh (FN), July 10 - Five of Cambodia’s largest unions, representing thousands of workers in the garment and footwear sectors, separately filed petitions to the European Union (EU) on Tuesday morning to continue granting the “Everything but Arms” (EBA) preferential system to Cambodia.

According to the petitions, EU is Cambodia's second largest trading partner. The EBA has created tens of thousands of jobs and incomes to hundreds of thousands of workers, allowing rural families to escape poverty and grant their children opportunities to pursue their education.

The unions strongly urged the EU to fully consider the impact of the withdrawal of the EBA preferential system from Cambodia, which will have a direct negative impact on the garment and footwear industries.
=FRESH NEWS 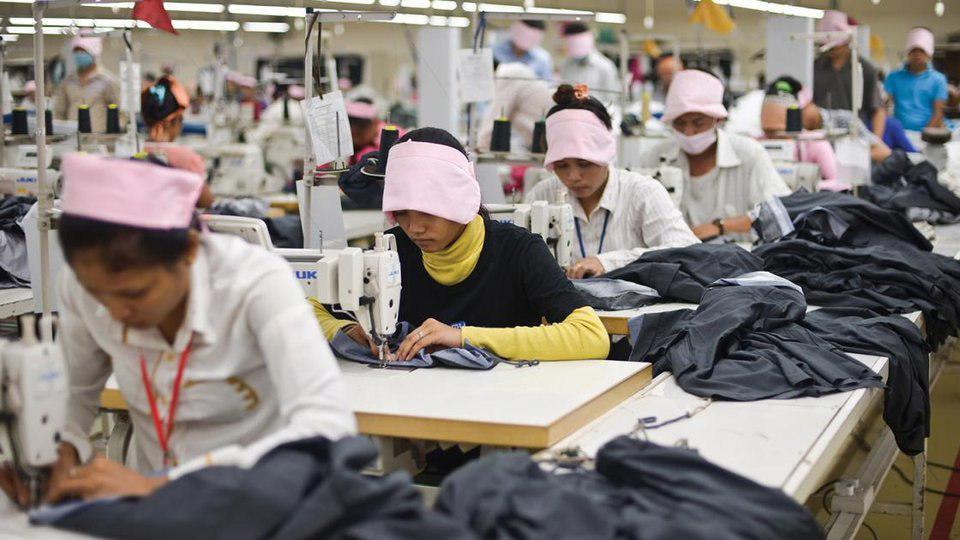 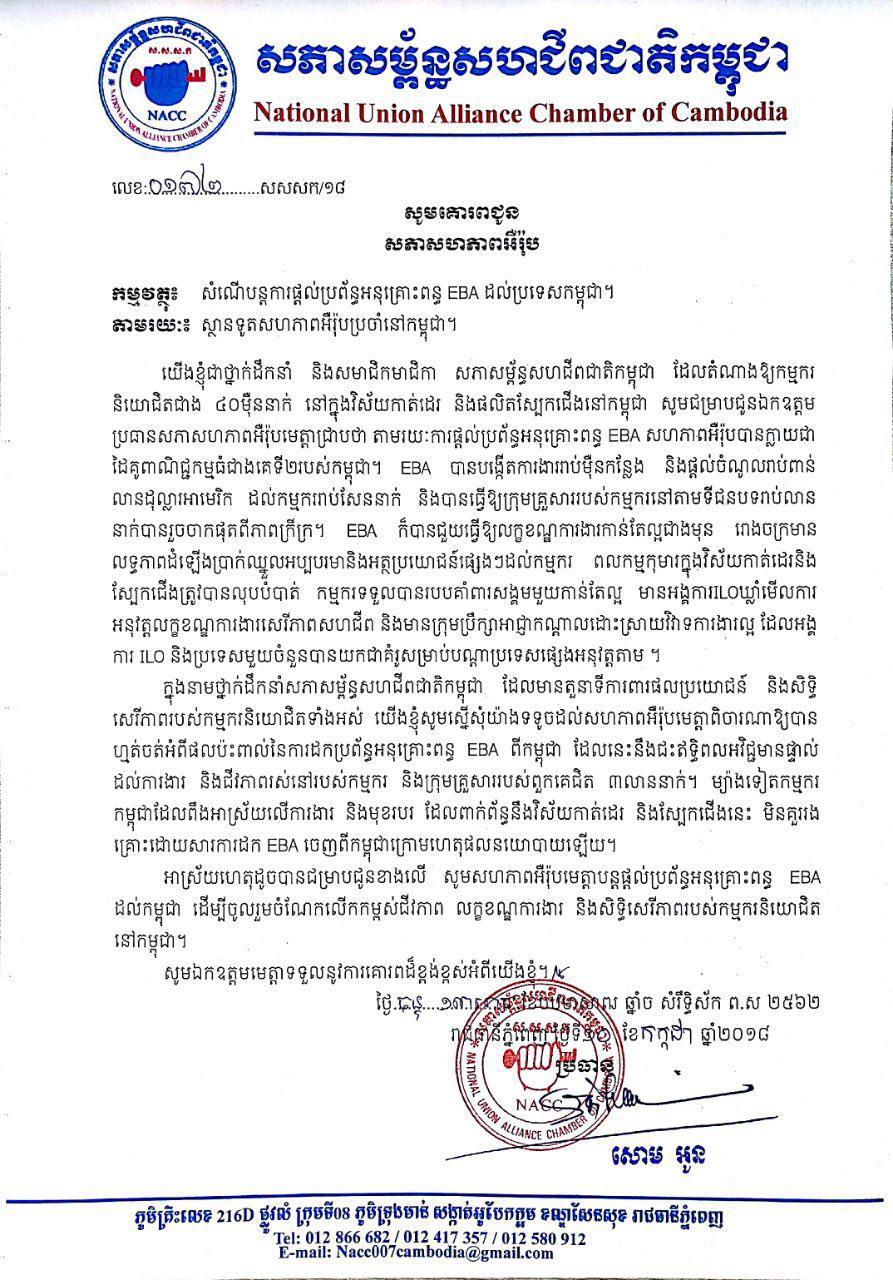 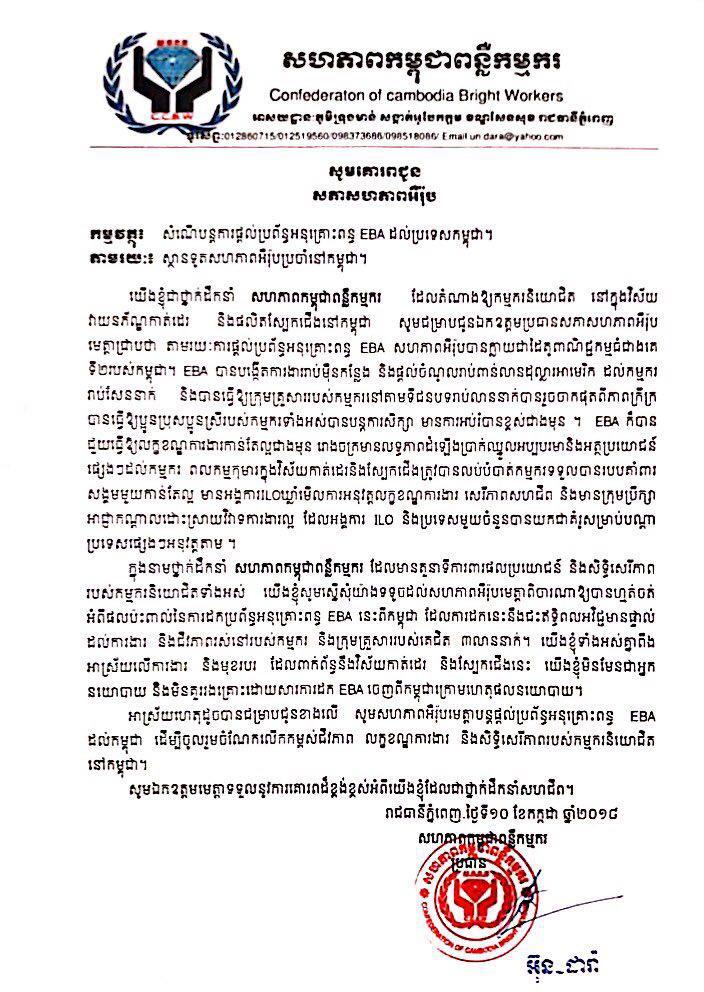 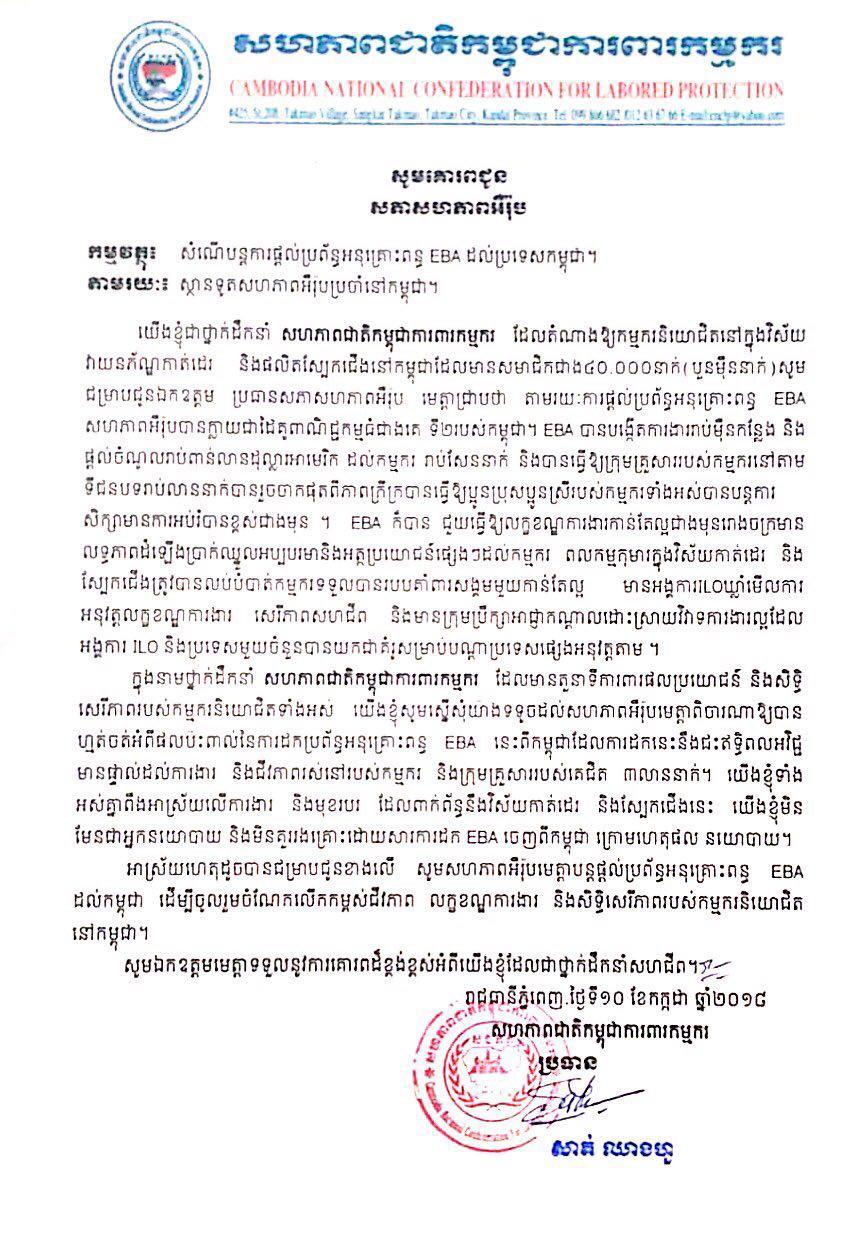 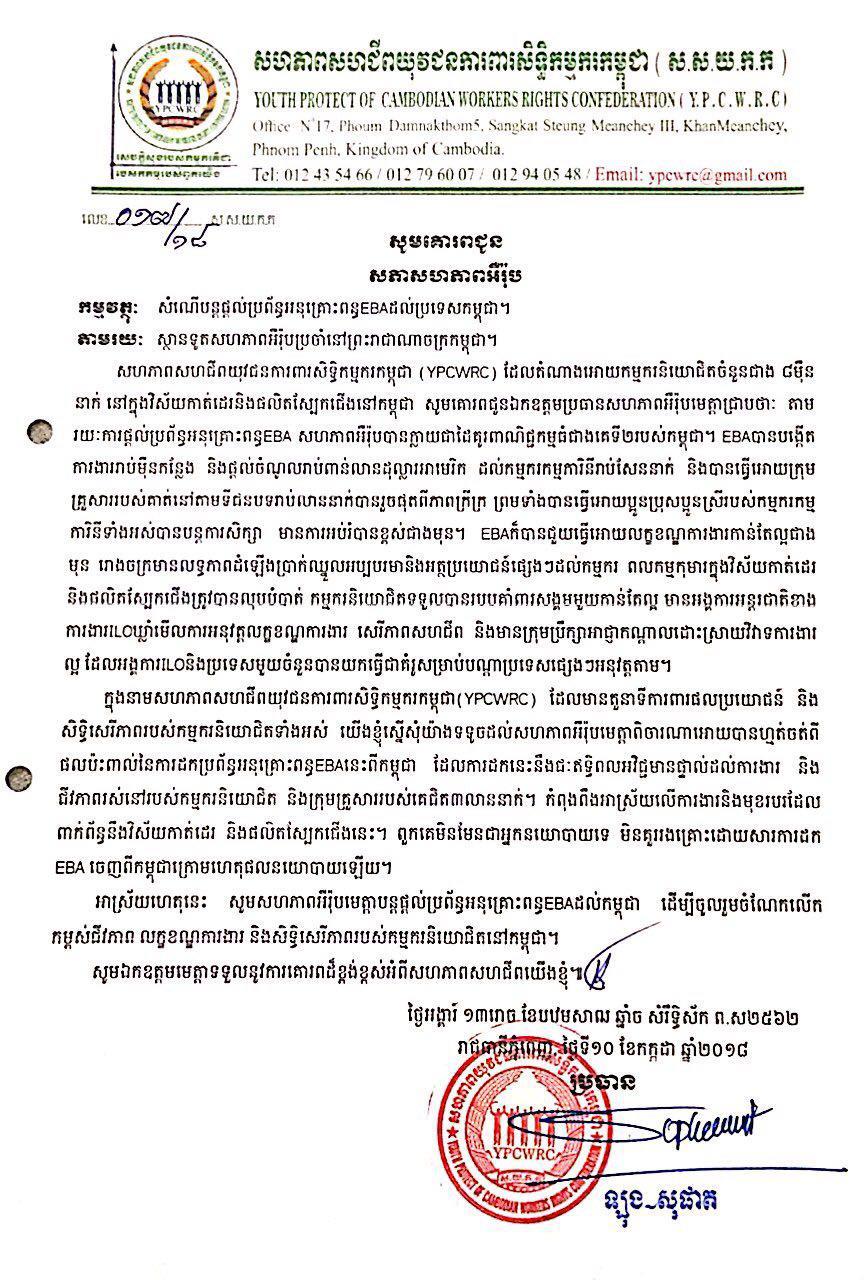