Phnom Penh (FN), July 12 - Nine mebers from the National Election Committee (NEC) will be temporarily suspended their voting right for the 6th mandate election until their madate end, according to NEC’s press release dated on 10 July 2018.

According to Article 8 of the Law on the Organization and Functioning of NEC, NEC members' voting right shall be suspended until their positions end. 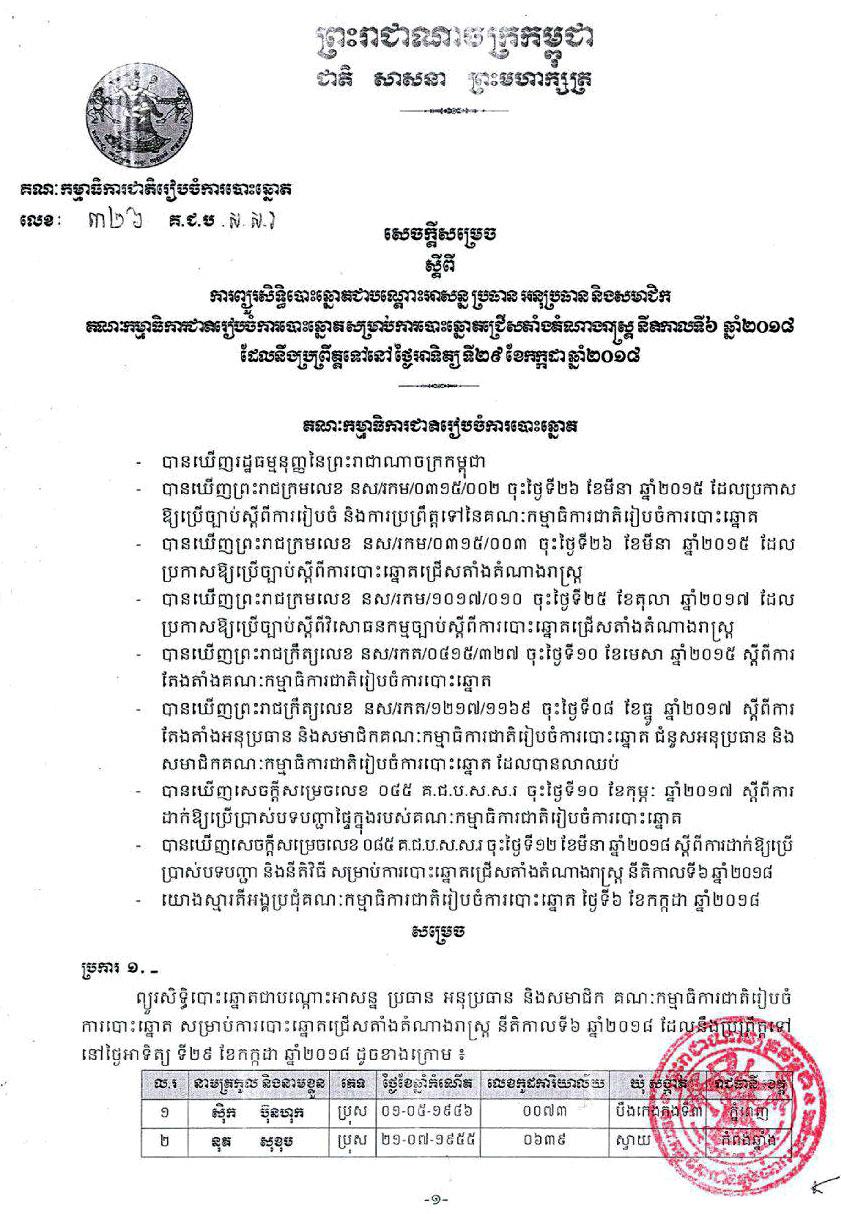 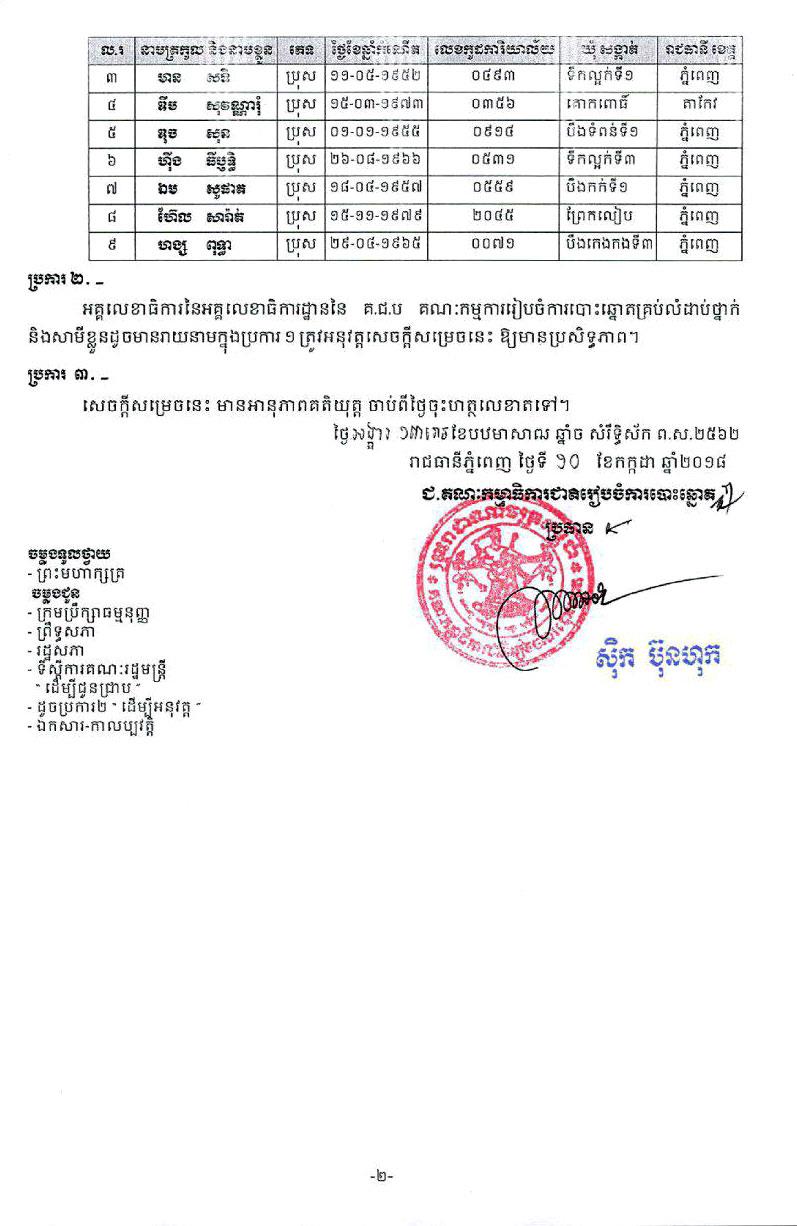