TOP NEWS: Election Results Not by NEC Is Not Official: NEC

Phnom Penh (FN), July 30 - The National Election Committee (NEC) on Monday announced that the results of the 6th National Assembly Members Election on 29 July 2018 that is not published by NEC is not official.

According to the NEC, so far, there has been no official result on the division of the National Assembly seats. 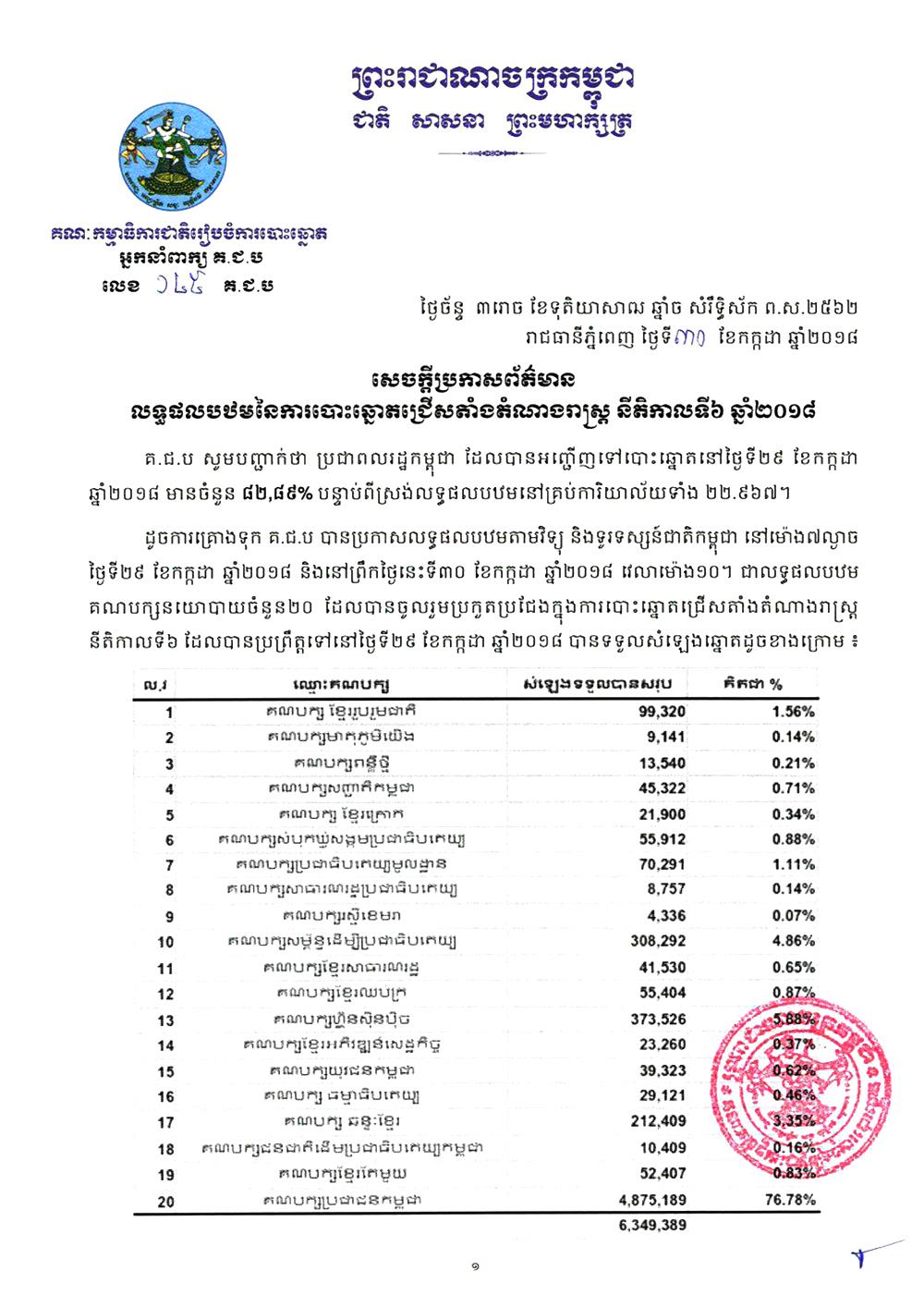 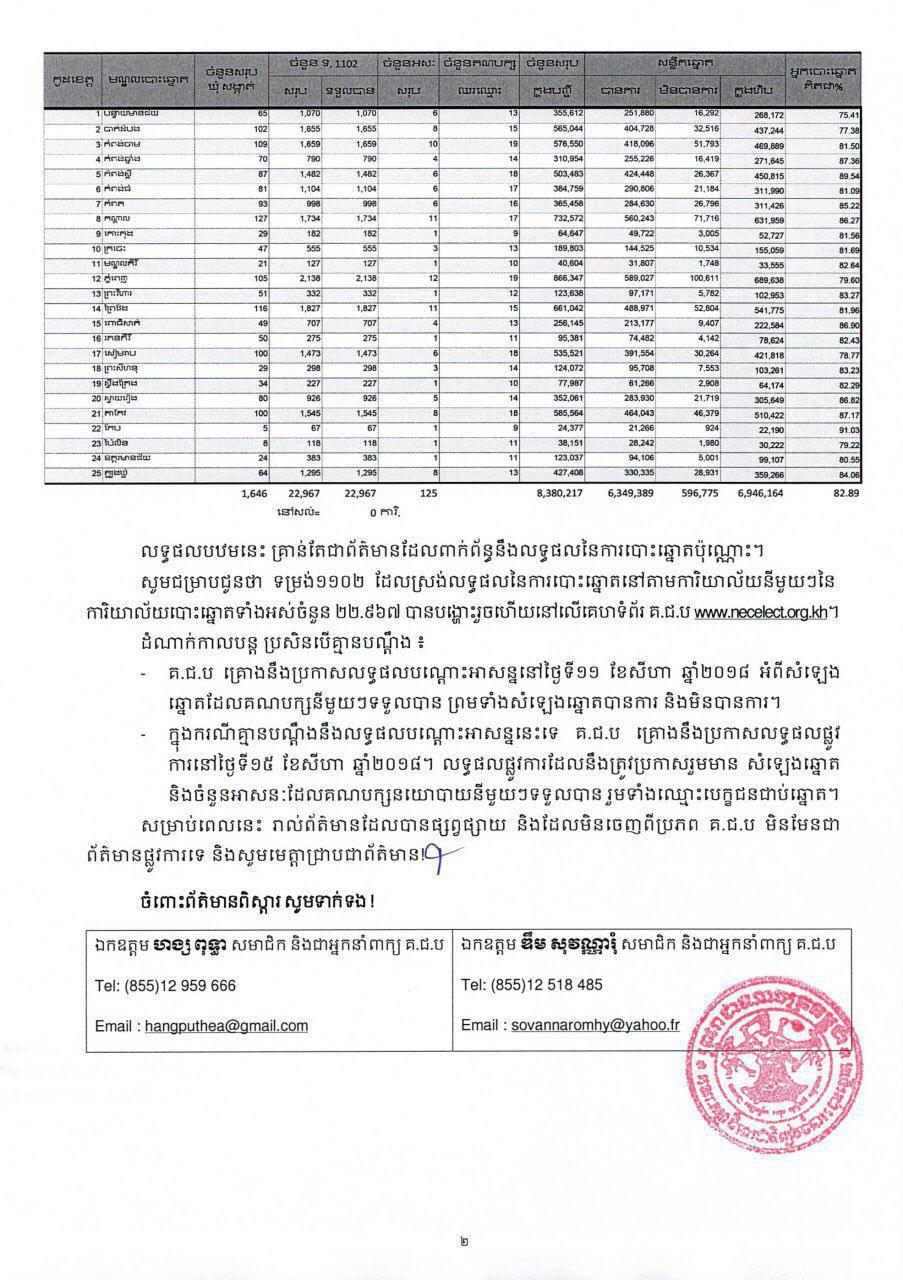