Phnom Penh (FN), July 31 – Ministry of Foreign Affairs and International Cooperation shared its comments on the outcomes of the 29th July election, according to the ministry’s statement released on Tuesday.

“The first observation that deserves to be made is the peaceful and upbeat atmosphere in which the electoral campaign and the election day took place. For 20 days, 20 political parties had the opportunity to conduct their electoral campaign, unimpeded in their activities, and free to promote their policy platforms and express their views, some of them very harsh criticism against the Government,” the ministry wrote.

“By generally accepted standards, the first criterion for the legitimacy of an election is the participation rate of registered voters. For this election, the turnout of 82.89% has exceeded those of the elections in 2013 (69.61%) and in 2008 (75.21%). This exceptional high turnout rate is truly a reflection of a strong confidence of the citizens in the electoral process and in the NEC, the institution that manages it,” the ministry added. 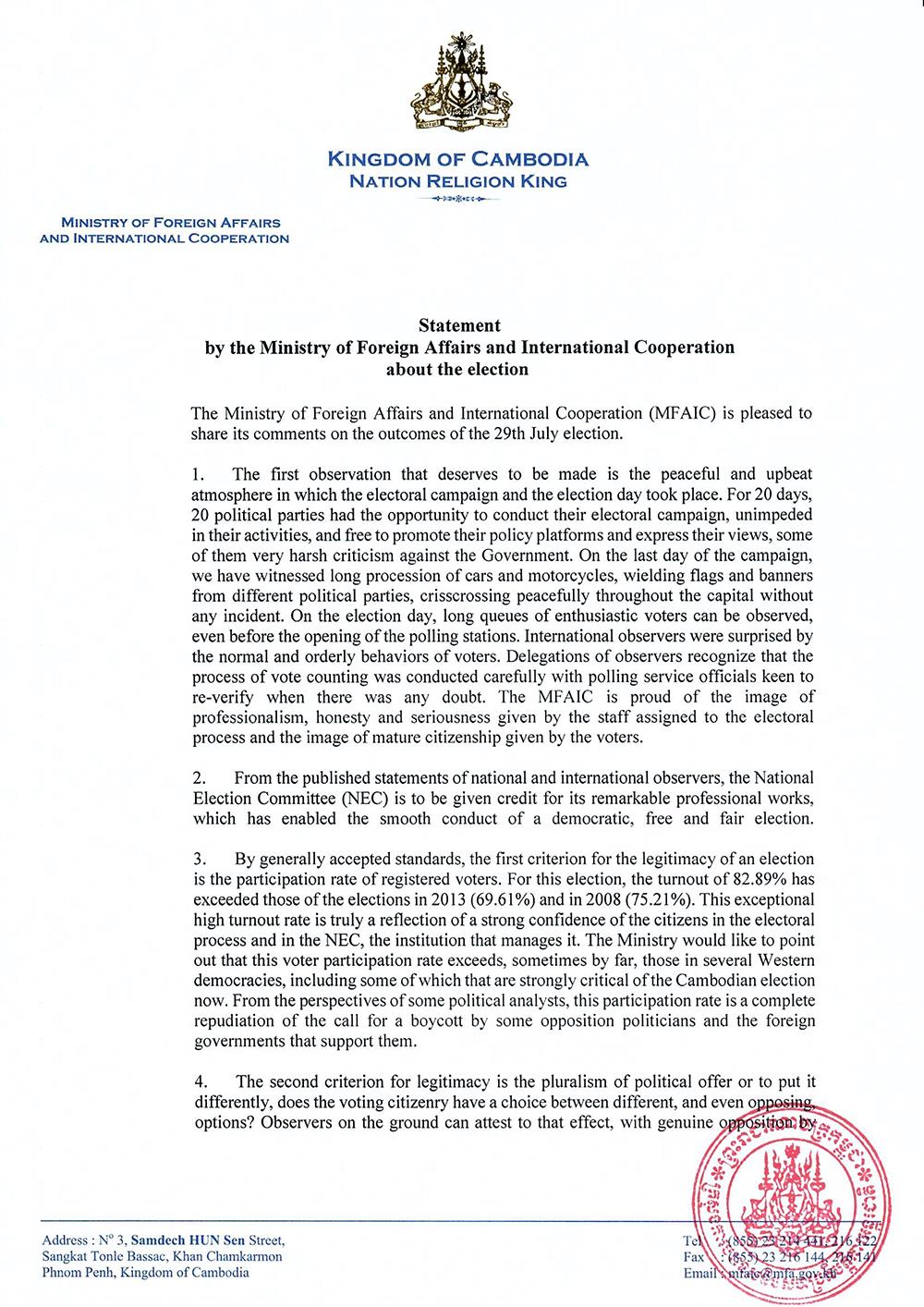