The West and the Elections in Cambodia

Phnom Penh (FN), July 31 – At this stage of our knowledge of the election results, three figures deserve our attention: voter turnout, projection of CPP results in votes, and blank ballot rate.

With a turnout of more than 82% of voters, this Sunday's election brings a happy confirmation of the Cambodian people's attachment to the electoral process. Despite calls for a boycott from abroad and widely relayed on social networks, this figure indicates that Cambodians are not willing to give up their right to vote. But one can be certain that this democratic success will be passed over by the Western sponsors of Sam Rainsy. And they will prefer to relay the accusations of ballot stuffing that will convince no one and certainly not the international and national observers nor the witnesses of the different political parties. Words of a bad loser that have been used since many election.

In 2013, CPP leaders observed that the party got fewer votes than the number of its members. This year, according to estimates yet to be confirmed, the CPP would get 1.3 million more votes than in 2013. Confidence returned to those who had doubted. But we can also think that the thousands of new young voters have preferred to support a party that creates every year tens of thousands of jobs rather than listen to those who ask for sanctions that will destroy hundreds of thousands of jobs. It is to be feared that this renewed popularity of the CPP will be denied or ignored by Westerners.

Finally, it seems that there is an increase in the number of blank votes. It indicates that Cambodia is not immune to a general trend across the world of disaffection with regard to the political offer, no doubt also fueled with regard to the CPP by a phenomenon classic of power wear. What is positive from a democratic point of view is that voters have chosen to express this opinion and not to abstain. But we doubt that it will be perceived positively in this western part of the world that claims to decide what is good and bad in others.

Some Western countries that have been supporting Sam Rainsy and Kem Sokha for years, sometimes adopting parliamentary resolutions that are always hostile to the Cambodian Government, sometimes bringing money and technical assistance to this populist, nationalist, irredentist and racist opposition, denounce today a brutal stop “after 25 years of continuous progress towards democracy”.

These same countries, to justify their condemnation of today, are trying to make believe a brutal change and forget that for years they reproduced the accusations of the opposition against the government of Cambodia. These countries plans to punish the Cambodian people. Only because their protégés were deprived of participating in the elections following their acts in violation of Cambodian law. What is punished in the West – to receive foreign public money for political activities; to plan the overthrow of the legitimate government by violent means – should be tolerated in Cambodia.

These countries deny defending the CNRP. They claim to defend "values and principles" only. How to believe them when we see all the cases where they defend no value and no principle, but only their interests ? And in Cambodia, their geopolitical interest is to support and protect an opposition which clearly threatens the neutrality, the independence and the sovereignty of Cambodia. Even if that nationalist and bellicose opposition the West defend does not respect in Cambodia the Western values and principles at all.

Westerners have always claimed to defend noble causes. Formerly, it was by iron and fire their crusade for the christian faith, then it was by coercion their “civilizing mission”, after that it was by war the free trade (in the name of which they forced China to open its market to opium) and finally, today, here are the human rights they want to impose by sanctions. But not all the rights enshrined in the 1948 Universal Declaration of Human Rights. First of all, the top priority is for the political rights rather than the right to health, to food, to education, to housing, to work. Rights to which the Government of Cambodia has not ceased to give priority in the development of the country. Rights the West deprived,, from 1979 to 1991 the survivors of the Cambodian Holocaust with heavy consequences until today. 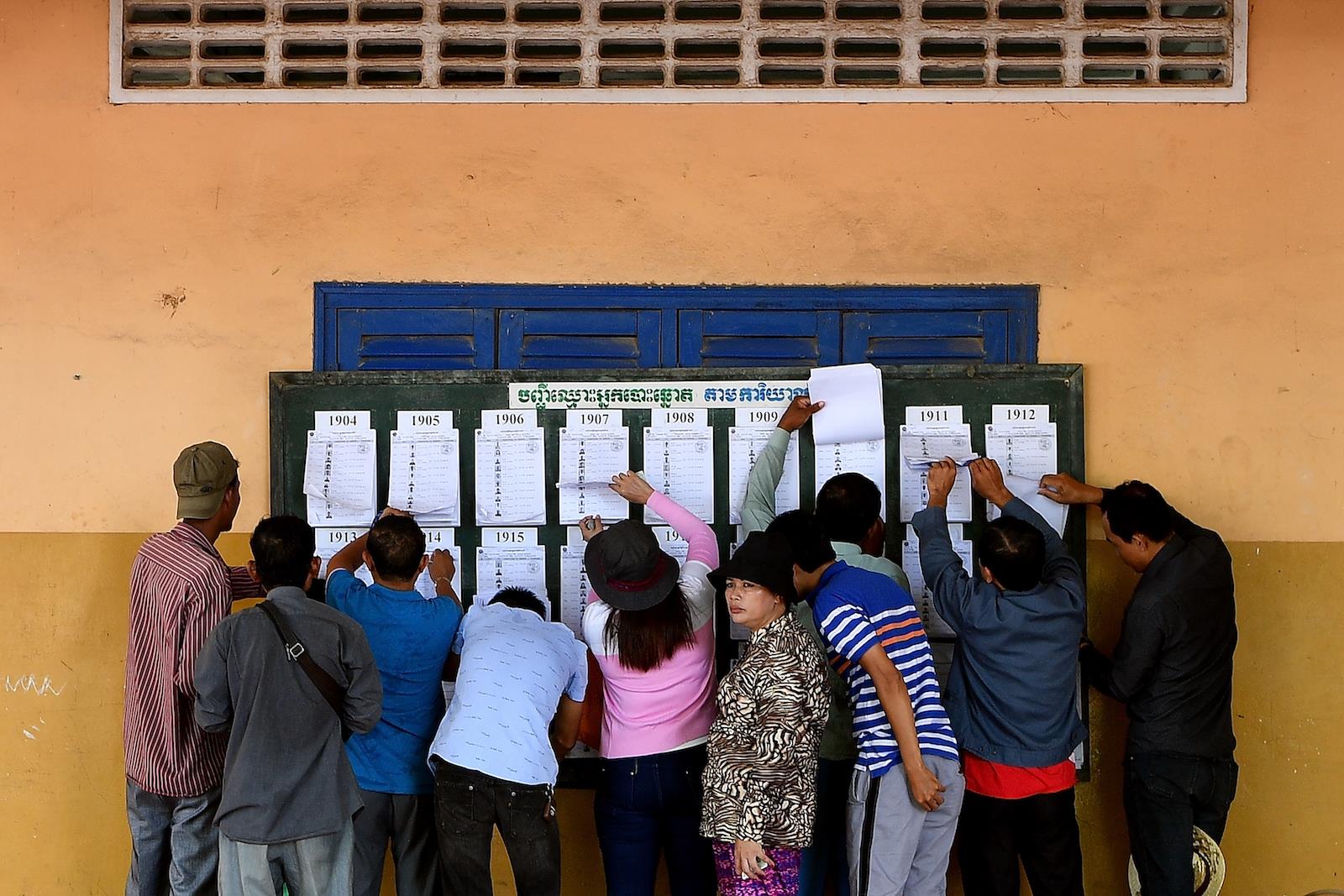 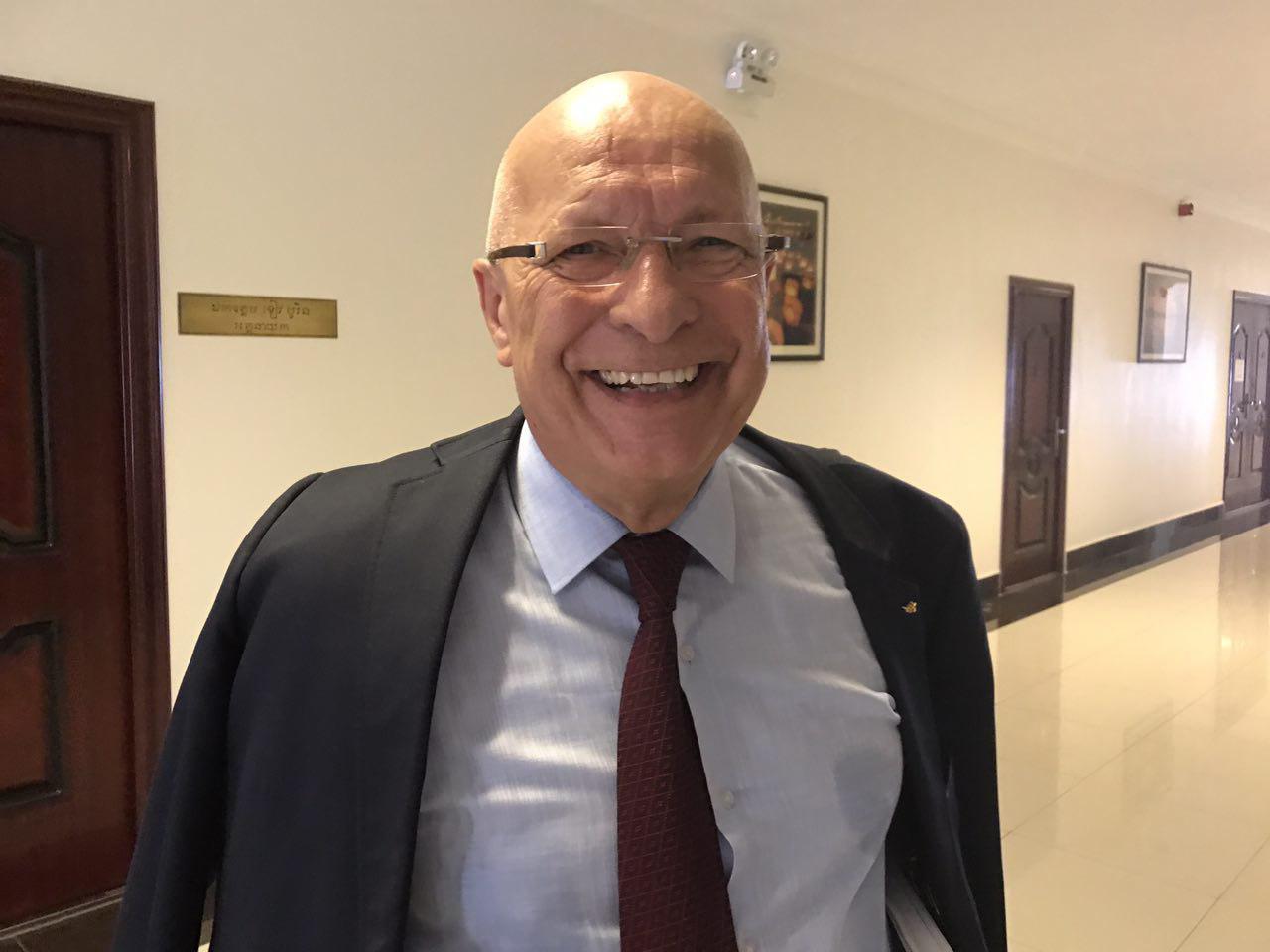