Phnom Penh (FN), Sept. 10 - On behalf of the Royal Government and the people of Cambodia, Prime Minister Hun Sen sent a letter of condolence to the president of Swiss Confederation, Alain Berset, expressing his deepest grief of the passing of Dr. Beat Richner, the founder of Kantha Bopha Hospitals in Cambodia, on 9 September 2018.

“In his demise, we have lost an extraordinary man whose selfless devotion have saved millions of Cambodian children and women’s lives since 1992,” the premier wrote. 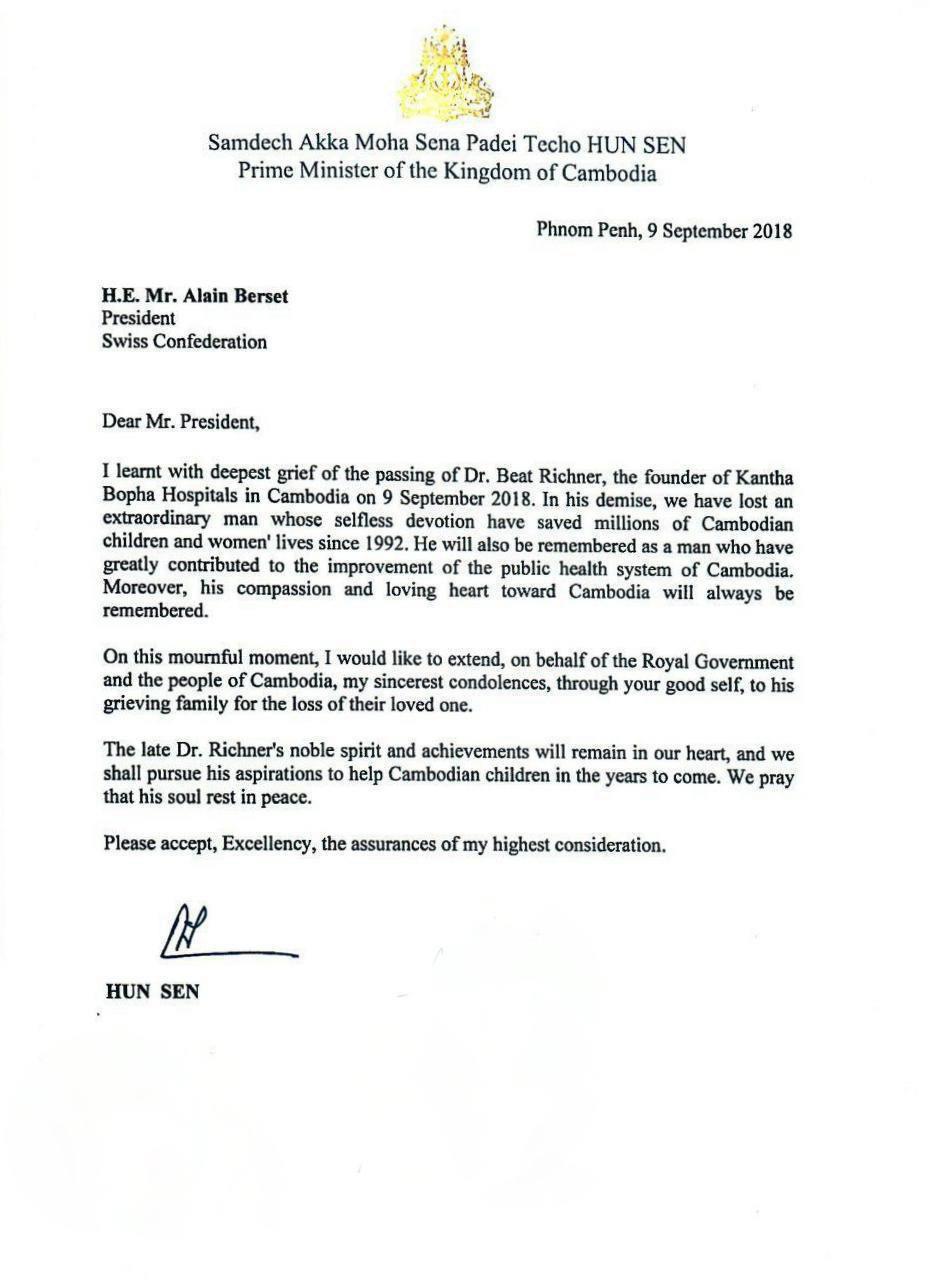