Phnom Penh (FN), Oct. 31 - The Royal Government of Cambodia will dispatch 216 of its peacekeeping troops, 10 females, to join the United Nations peacekeeping mission in Central African Republic, according to the press release of the National Defense Ministry dated on Wednesday.

“Engineering force 594 is the fifth group to replace the previous one, whose one-year term had come to an end,” stated the press release adding that they will depart Phnom Penh on the second of November and that General Pol Sareoun will preside over the send-off ceremony held at 8:00 a.m, Pochengtong Airbase. 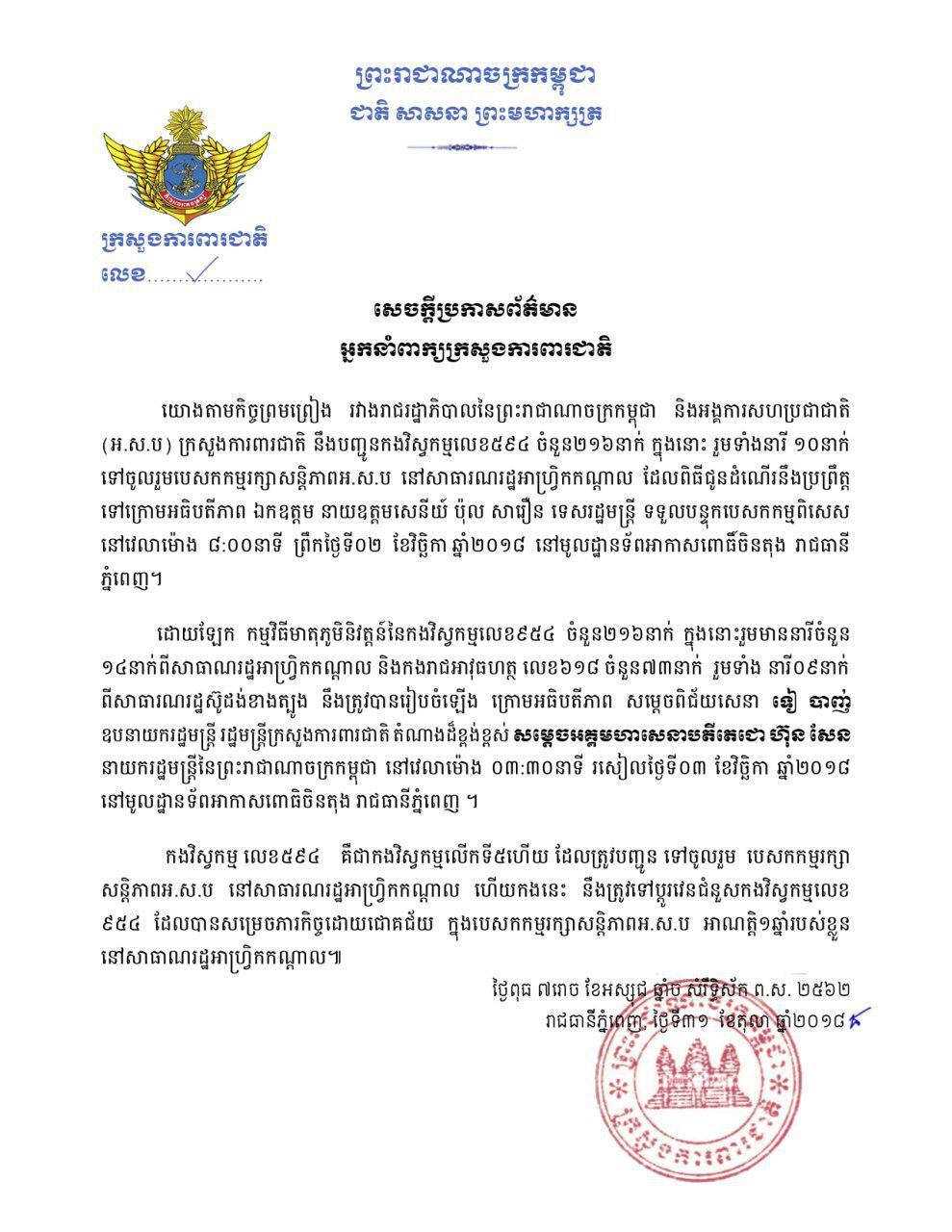