Phnom Penh (FN), Nov. 5 – Prime Minister Hun Sen decided to establish a working group of the Royal Government to address the requests and proposals of civil society groups, according to the decision dated on 2 November 2018.

Sar Kheng, Cambodian Minister of the Interior, will coordinate the group;  Bun Honn, Secretary of State at the Ministry of Interior, is the president, and Prak Sam Oeun, the director-general of the ministry's General Department of Administration, the vice-president accompanied by other six members who are representatives from National Police Commissariat, Ministry of Economy, Foreign Affairs, Council for the Development of Cambodia, and Department of Political Party and Association Affairs.

The Working Group will organize meetings with civil society groups to discuss the problems they encounter; gather the requests and proposals in order to report to the government or related authorities; publicize and raise awareness on Law on Association and Non-Governmental Organizations, and other legal instruments related to civil society; and fulfil other necessary duties.
=FRESH NEWS 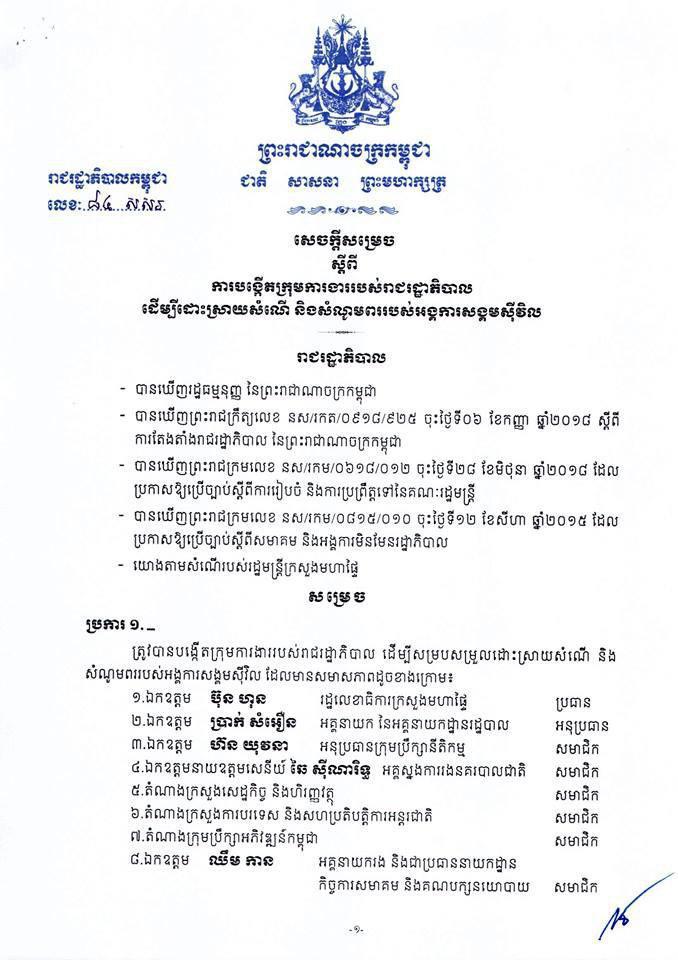