Trial Judgment in Case 002/02 Brings Relief for Victims’ Pain and Suffering: Chairman of the Royal Government Task Force on the Proceedings of ECCC

Phnom Penh (FN), Nov. 16 – Deputy Prime Minister Bin Chhin, Minister in charge of the Office of the Council of Ministers and Chairman of the Royal Government Task Force on the Proceedings of the Extraordinary Chambers in the Courts of Cambodia (ECCC), on Friday, delivered his remarks on the Trial Judgment in Case 002/02 against former Khmer Rouge leaders NUON Chea and KHIEU Samphan.

“I want to say to the survivors of the Democratic Kampuchea regime that today the people of Cambodia and the whole world remember those who died, as well as those who still suffer from the crimes of that regime. We express our hope that this trial and today’s delivery of the verdict in Case 002/02 bring some relief for your pain and suffering,” the chairman stated.

“Case 002 has been called “the most important case in the international legal history since Nuremberg, Germany” as it indicted all the four surviving senior leaders of Democratic Kampuchea. Sadly, the two accused IENG Sary and IENG Thirith did not live to face trial, and likewise many victims have passed away without seeing justice achieved,” according to the chairman’s statement.

Today, ECCC convicted former senior Khmer Rouge leaders NUON Chea and KHIEU Samphan of genocide, crimes against humanity and grave breaches of the Geneva Conventions of 1949. The crimes were committed at various locations throughout Cambodia during the Democratic Kampuchea
period from 17 April 1975 to 6 January 1979.

The Chairman’s remarks is available below:
=FRESH NEWS 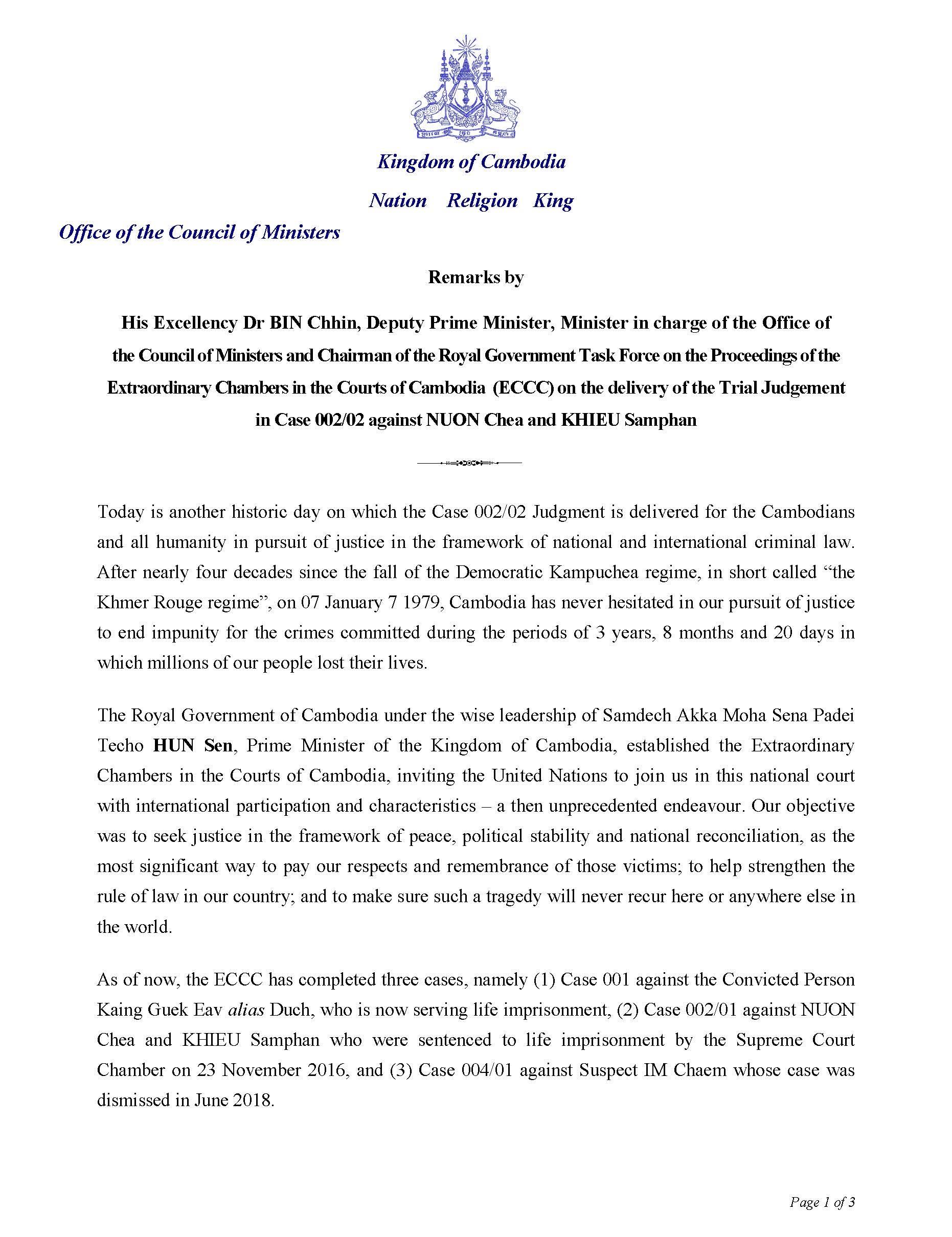 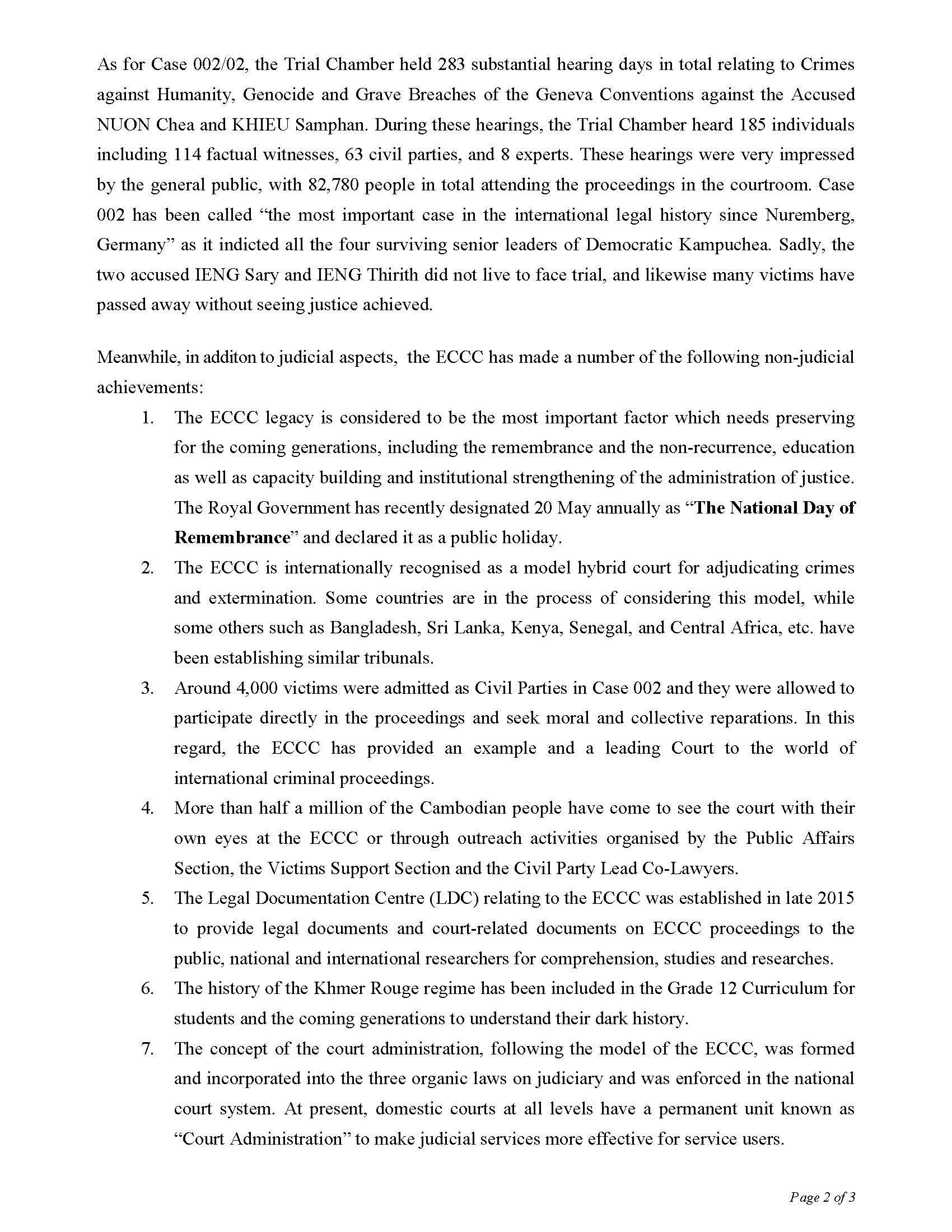