Phnom Penh (FN), Nov. 17 - The Ministry of National Defense issued a statement rejecting the publication of a number of foreign newspapers, including Asia Times, accusing Cambodia of allowing foreigners to use the country for military bases, according to the defense spokesman General Chum Socheat on Saturday.

The Ministry considered the publication as “fake news” to mislead the national and international public; and that the publication intentionally destroys Cambodia's independence and sovereignty.
=FRESH NEWS 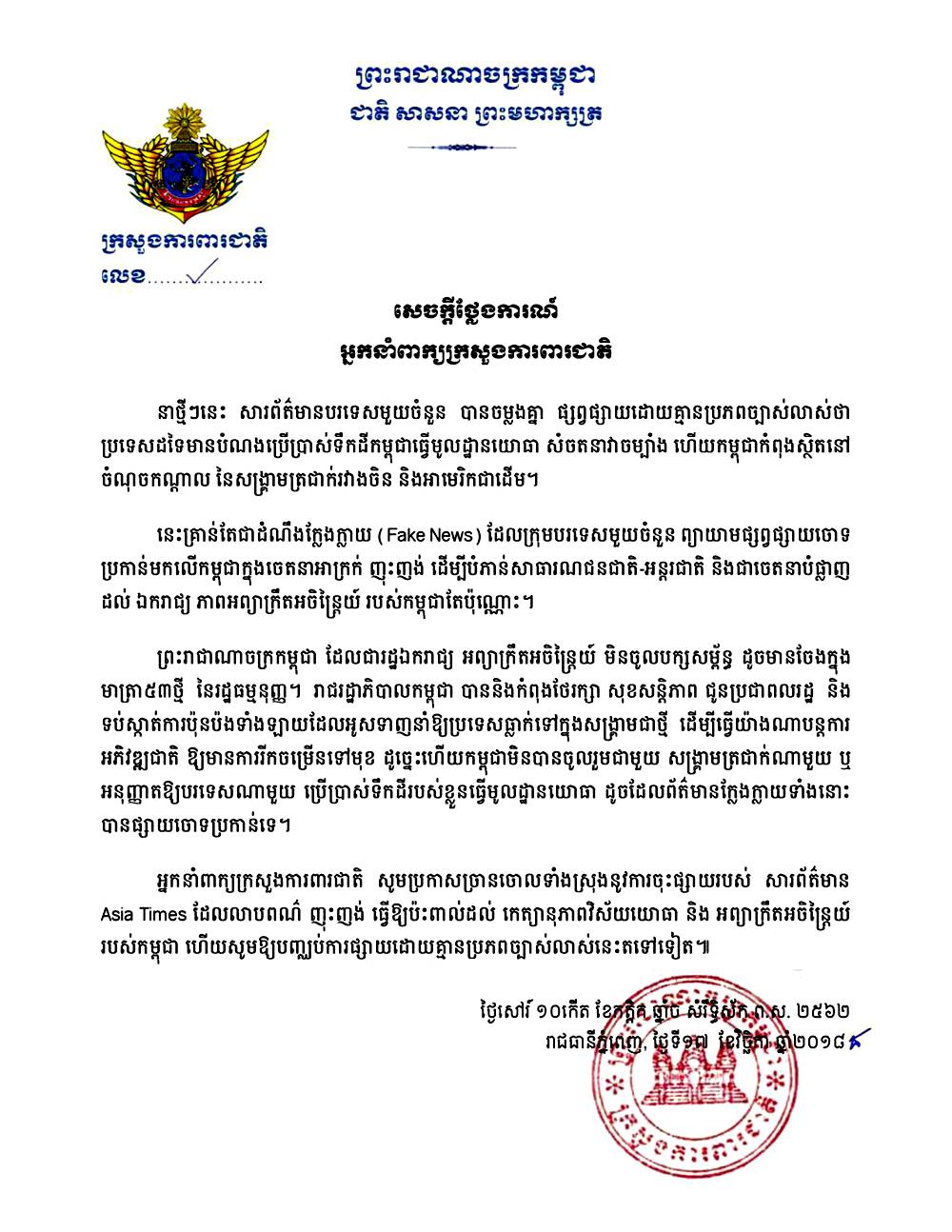 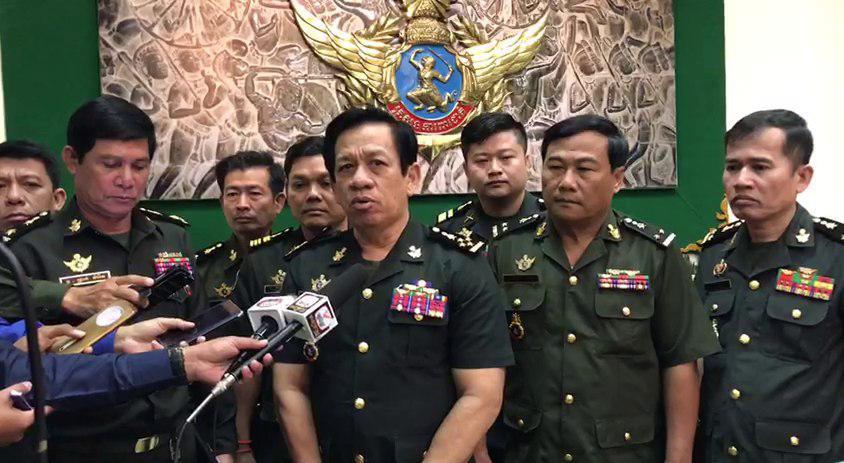