"France welcomes the November 16 historic decision of ECCC, describing the actions of genocide perpetrated by the Khmer Rouge against the Vietnamese, the Muslim community of Chams and other religious minorities,” according to the Statement of Quai d'Orsay’s spokesman.

France supports ECCC since its establishment in 2006 and continues to support this tribunal court, as the contributions to the reinforcement of international justice, and consolidation of peace and rule of law in Cambodia.

France reaffirms its commitment to fight against impunity.

It is worth noting that on 16 November 2018, Extraordinary Chambers in the Courts of Cambodia convicted former senior Khmer Rouge leaders NUON Chea and KHIEU Samphan of genocide, crimes against humanity and grave breaches of the Geneva Conventions of 1949. The crimes were committed at various locations throughout Cambodia during the Democratic Kampuchea period from 17 April 1975 to 6 January 1979.

NUON Chea and KHIEU Samphan were convicted of committing, through participation in a joint criminal enterprise: genocide of the Vietnamese ethnic, national, and racial group; various grave breaches of the Geneva Conventions; and the crimes against humanity of murder; extermination; enslavement; deportation; imprisonment; torture; persecution on political, religious and racial grounds; and the other inhumane acts of attacks against human dignity and through conduct characterised as enforced disappearances, forced transfer, forced marriage and rape within the context of forced marriage. Both Accused were also convicted of aiding and abetting the crime against humanity of murder at worksites, cooperatives and security centres, according to ECCC’s press release.
=FRESH NEWS 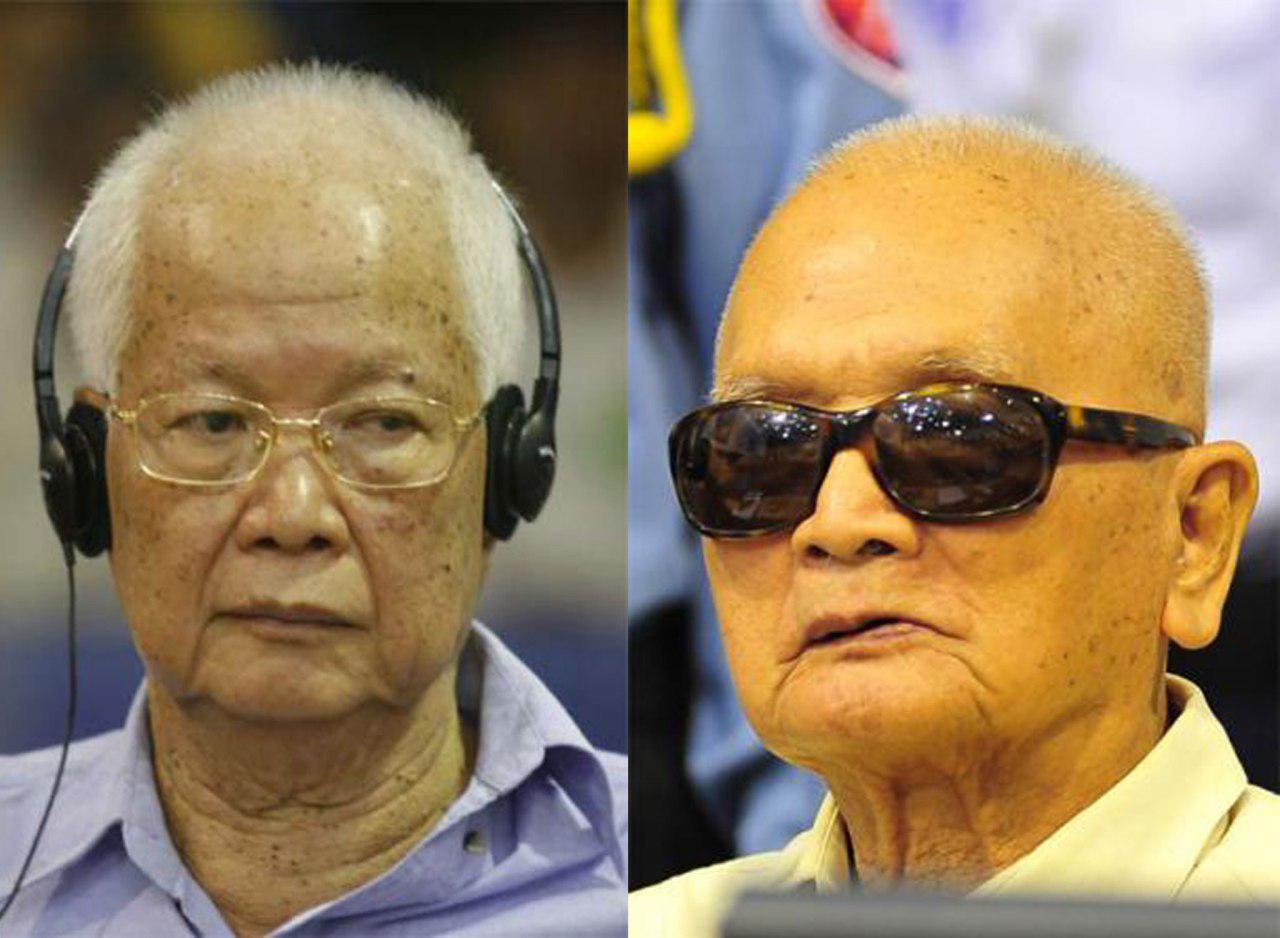