US Senator: «Cambodia Enjoys Prosperity and Development in All Fields»

Phnom Penh (FN), June 28 – U.S. Republican Senator Doug Ericksen for Washington State, told a press conference at noon today, June 28, 2016 in Phnom Penh that political situation in Cambodia is very good and the country is developing quite well unlike what he had heard in the U.S.

Doug Ericksen said he had witnessed that Cambodia is making progress in almost every sector namely economic, infrastructure and construction development with lots of huge building and skyscrapers; all are very different from what he had heard in the U.S. He also noted the busy traffic in the city that somehow has not yet been properly managed.

The U.S. Senator who is in Cambodia to join the celebration of the 65th anniversary of the Cambodian People’s Party this morning, said he would suggest those people in the U.S. should not interfere in the Cambodian affairs, and that he supported Prime Minister Hun Sen that Cambodia should not allow foreign countries to interfere in her affairs, since it is the position of Cambodian people. 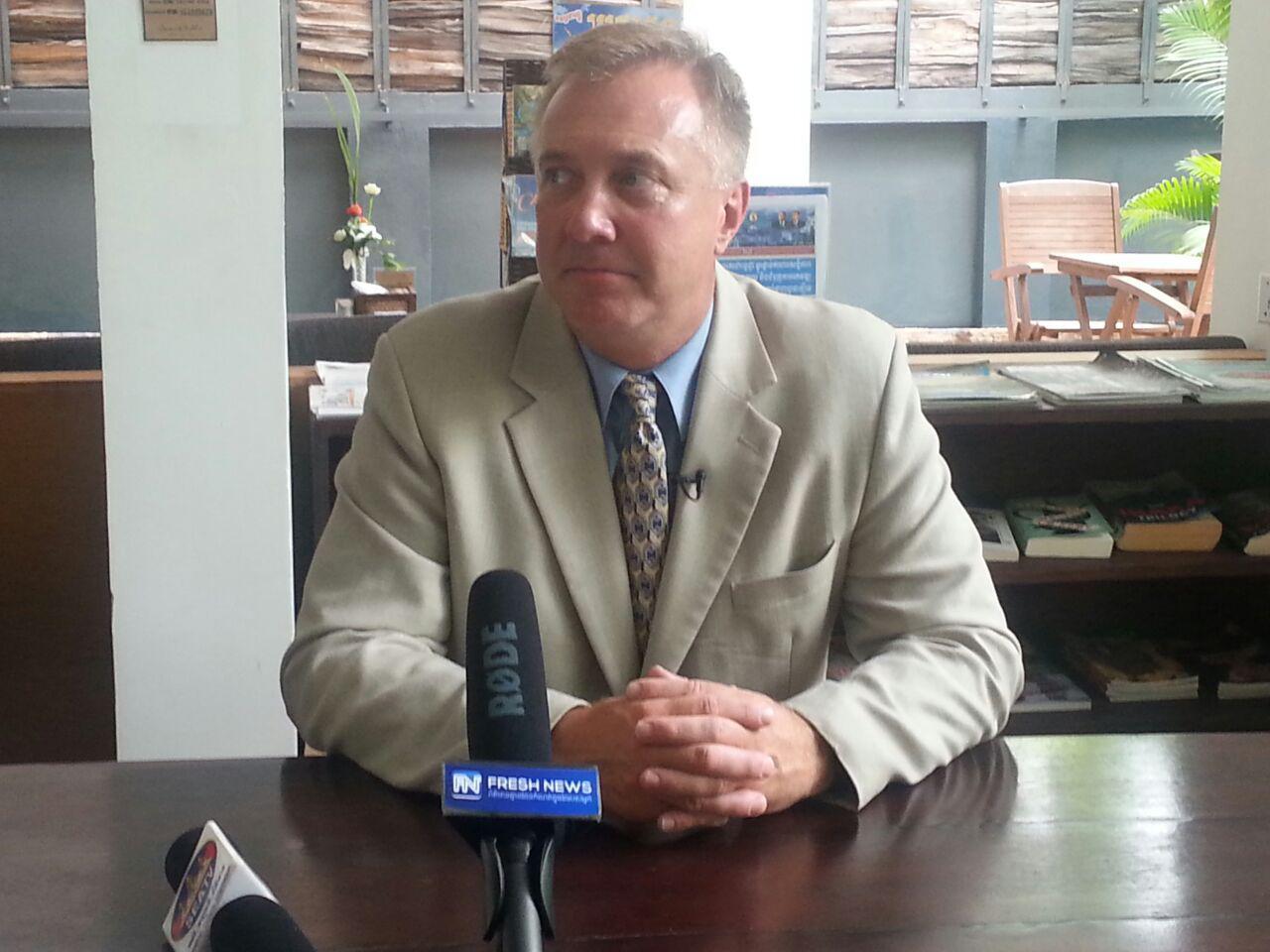