HANOI, July 6 (Xinhua) — The Civil Aviation Authority of Vietnam (CAAV) has just proposed that act of projecting laser beams to airplanes will be included in a joint circular guiding the implementation of the Penal Code, local Tien Phong (Pioneer) newspaper reported on Wednesday.

According to CAAV head Lai Xuan Thanh, the act is seen as obstructing air traffic. Following which, those who projects laser beams to an airplane causing death or health loss to the pilots can be fined 30-100 million Vietnamese dong (1,345-4,484 U.S. dollars), non-custodial sentencing in up to three years or imprisonment from one to three years.

The CAAV showed that in the first half of 2016, there have been six cases of projecting laser beams at airports, endangering the safety of the flight, especially during take-off and landing phases.

Projecting laser beams on a plane during its landing or take-off may not cause any serious consequences, but this could hurt pilots eyes. Laser beams, in addition can drive pilots to be disoriented, temporarily losing control of the airplane, threatening safety of the flight," Vietnams National Committee of Civil Aviation Security said in a statement. 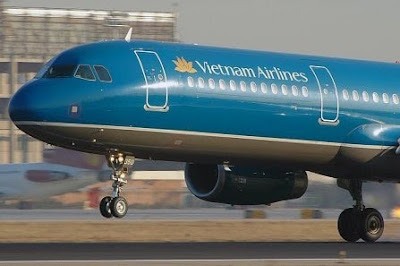