On his Facebook post, Manit wrote, “A very well coordinated attacks on Hun Family between Global Witness, Cambodia Daily, and Phnom Penh Post… The single purpose of the report and article is to defame the Hun Family with wrong information”.

The premier’s eldest daughter Hun Mana, after having seen the report entitled “Inside the Hun Family’s Business Empire”, also criticized the Global Witness’s Report for defaming the legacy of the PM of Cambodia by accusing Hun Family running 100 major companies in Cambodia and PM Hun Sen for violating the position of the PM, allowing family to invest in Cambodia.

On her Facebook post, Mana wrote, “Thank you Global Witness for taking time and many resources to research on Hun Family. We very much understand your intention toward my Father and my Family. And as expected every time near election, your organization always come up with something to tarnish my Father’s reputation. Anyhow, we thank you for your destructive efforts, which help my Father in the coming election as they are all lies and deceitful to confuse the public about what my Father has accomplished”.

At the same time, Hun Manet expressed his idea through Facebook that “whenever it’s close to election, Global Witness has come up with very colorful accusations aimed at attacking the government and in particular making personal attack on my father… Through its coordination with Cambodia Daily and Phnom Penh Post, it has expanded the scope for their accusation targeting not only against my Father, but against every single member of my entire family.”
=FRESH NEWS 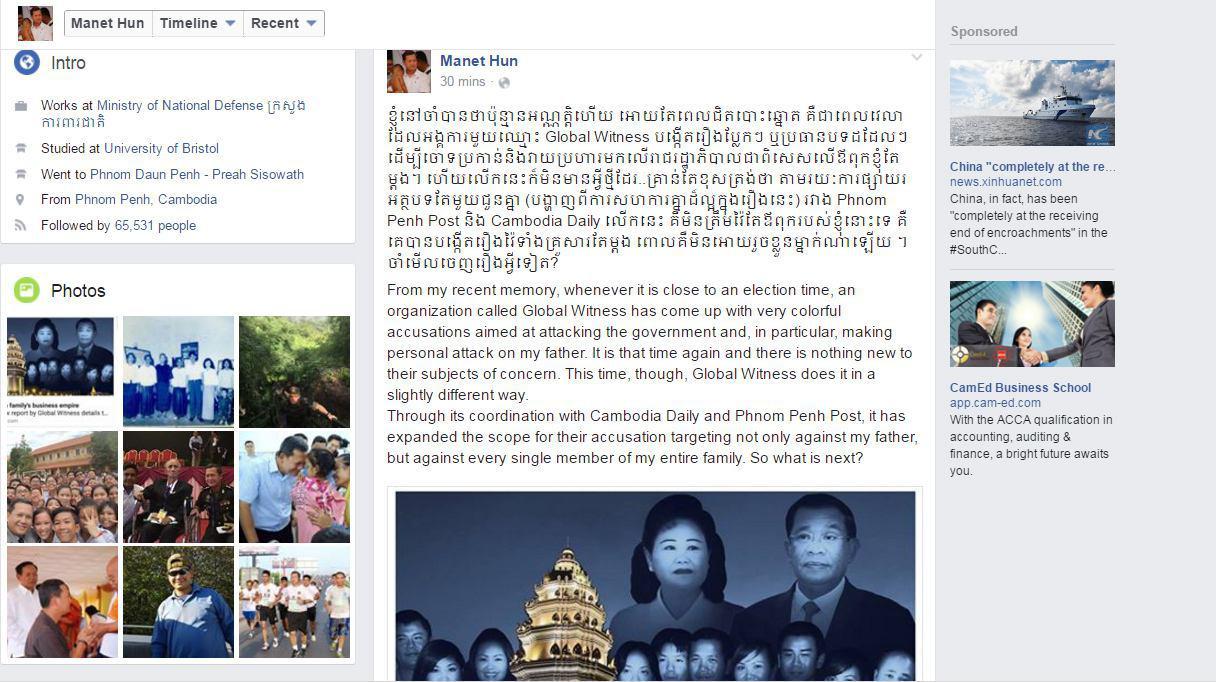 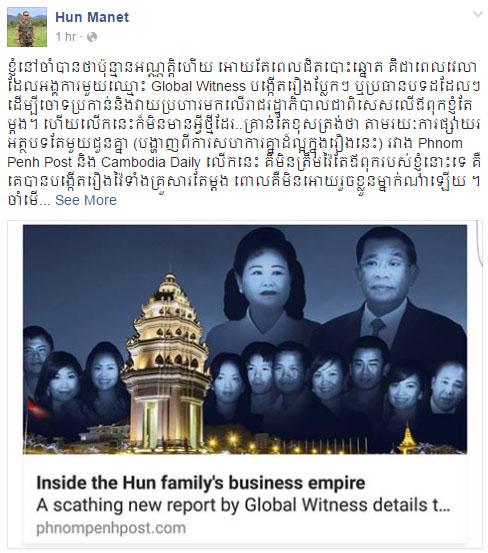