(Rome): Italian authorities have recovered 217 bodies from a migrant ship that sank off the coast of Libya in April 2015, the Italian navy said this week.

Italian authorities have said only 28 people survived the disaster, which has been labeled one of the deadliest of the migrant crisis.

Some 700 people were on board the ship when it went down, Italian Prime Minister Matteo Renzi said.

The ship's wreckage was pulled out of the water last week using a robot and towed to port at the naval base of Melilli in Sicily.

A team of 150 professionals from the navy, the fire department and the Red Cross have taken part in the operation on a daily basis, according to the Italian navy. Medical assistance as well as psychological counseling are being offered to emergency workers involved in this case.

Renzi issued a statement on Facebook saying, "That ship contains stories, faces, people, not just a number of dead bodies."

He said he instructed the navy to recover the bodies so they can have a proper burial, rather than being left at the bottom of the sea. 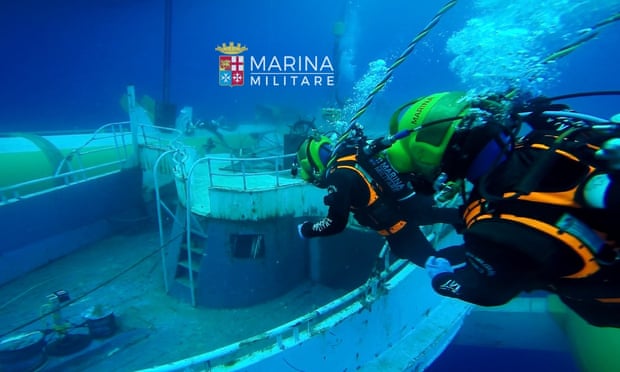