MANILA, July 9 (Xinhua) — Philippine President Rodrigo Duterte has accused the United States of importing and sowing terror to the Middle East, causing staggering violence and mayhem in that region.

In a speech before Muslim leaders in Davao City Friday night, Duterte said the U.S. imported terrorism to the Middle East, and not the other way around.

"The U.S. destroyed the Middle East," he said, recounting how the U.S. invaded Iraq with the help of Britain in the 1990s.

"(They say Saddam Husein was a dictator) but he was in control of the country. After almost 10 years of investigation, it turned out there was no legal basis to declare war against Iraq. You see, it's a useless war," Duterte said.

Duterte urged the Muslim leaders to work for peace rather than engage in war.

"That is why I am not including Abu Sayyaf in the criminality. It is a different set-up there because these are the guys who were driven to desperation," Duterte added.

He said from Nur Misuari, the rebel leader, to Autonomous Region in Muslim Mindanao, there was no semblance of governance. And that is why they are pushed to the wall, then became radicalized.

"That's also what happened in the Middle east," Duterte said.

The Philippine government has been fighting the Abu Sayyaf rebels since the 1990s. Past administrations have labeled the group, numbering about 400, as bandits or criminals that carries out illegal activities including kidnappings for ransom, killings and bombings in Mindanao in southern Philippines. 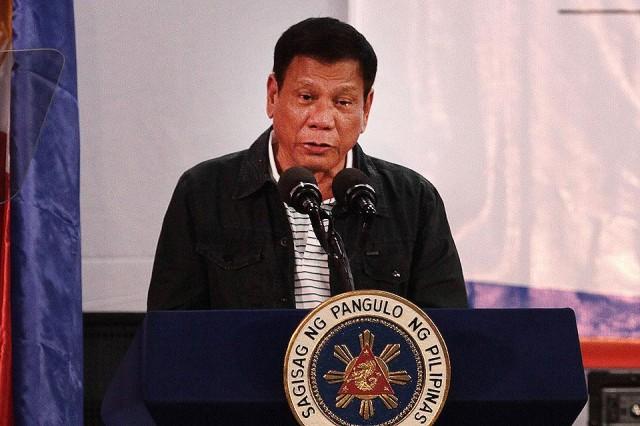