WASHINGTON, Jan. 15 (CGTN) -- The U.S. House of Representatives on Wednesday sent articles of impeachment against President Donald Trump to the Senate, where lawmakers will decide whether to acquit or convict him.

The trial of the 45th president, only the third in history, is expected to start next Tuesday, January 21.

Democratic House Speaker Nancy Pelosi signed the articles, which charge Trump with abuse of power and obstruction of Congress, before they were ceremonially walked through the Capitol to the Republican-controlled Senate.

"Today we will make history," Pelosi said as she signed the documents. "This president will be held accountable."

Senate Majority Leader Mitch McConnell has invited House managers to formally read the articles on the Senate floor at noon Thursday, after which Supreme Court Justice John Roberts will arrive to be sworn in to preside over the trial.

The rules by which the trial will run remain unclear.

And if Democrats say they're acting in the best interests of the constitution and the country, their opponents are also determined to stake the moral high ground.

"House Democrats may have descended into pure factionalism, but the United States Senate must not," McConnell said.

"This is the only body that can consider all factors presented by the House, decide what has or has not been proven, and choose what outcome best serves the nation."

Trump is accused of secretly holding up aid to Ukraine between July and September to pressure Kiev to investigate former Vice President Joe Biden, the Democratic frontrunner in this year's White House race.

Trump was formally impeached on December 18 when the Democratic-controlled House charged him with abusing his power by illicitly seeking help from Ukraine in investigating his political rival, a move obviously designed for his reelection.

The president is also charged with obstruction for holding back witnesses and documents from the House impeachment investigation in defiance of Congressional subpoenas.

Trump denies any wrongdoing and before hosting Chinese leaders to sign a trade deal, he was combative - despite the prospect of standing trial live on TV before millions of voters as he seeks re-election.

"Here we go again, another Con Job by the Do Nothing Democrats," the president tweeted.

Democrats need a two-thirds majority in a Republican-controlled Senate to convict Trump and remove him from office.

And so far Republicans haven't shown any inclination to turn on him. 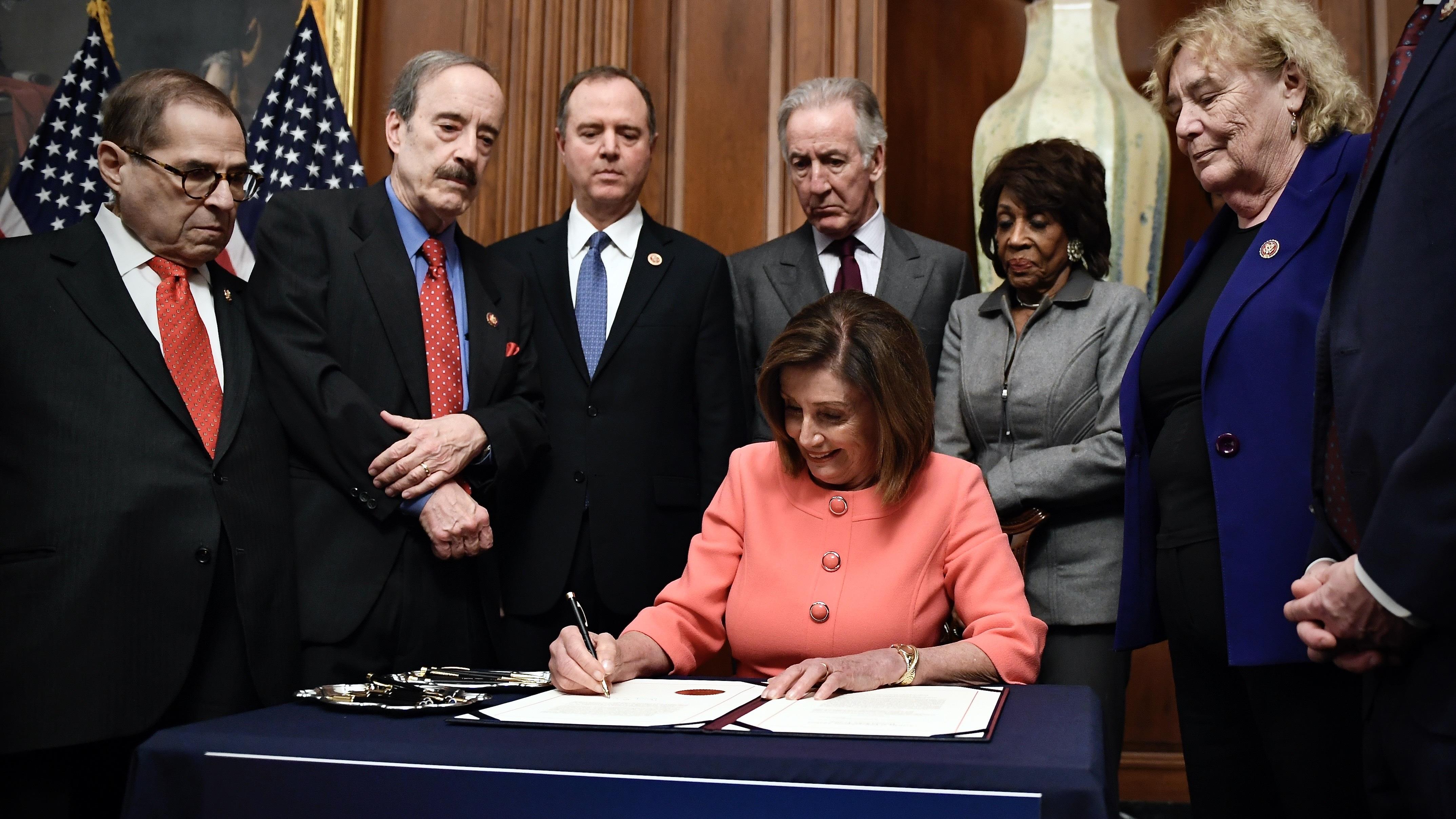