Thailand's growth to remain below 3 pct if it does not boost productivity rate: WB

BANGKOK, Jan. 17 (Xinhua) -- As Thailand seeks a transition to high-income status by 2037, boosting productivity and reviving private investment will be critical for future economic growth, said World Bank in a press briefing in Bangkok on Friday.

In its latest Thailand Economic Monitor report released on Thursday, it said that Thailand's growth slowed to an estimated 2.5 percent in 2019 from 4.1 percent in 2018, due to external and domestic factors.

The report speculates that the Thai economy is projected to pick up moderately to 2.7 percent in 2020 as private consumption recovers and investment picks up due to the implementation of large public infrastructure projects.

Thailand's strong currency, which has appreciated by 8.9 percent since last year, making the baht the strongest it has been in six years, has also impacted international tourism and merchandise exports.

"Therefore, taking advantage of the strong Thai baht currency, as well as boosting productivity will be a critical part of Thailand's long-term structural reform," said Kiatipong Ariyapruchya, World Bank Senior Economist for Thailand. "Increasing productivity, particularly of manufacturing firms, will depend on increasing competition and openness to foreign direct investments, and improving skills."

The report also indicated that global economic growth is forecast to edge up to 2.5 percent in 2020 as investment and trade gradually recover from last year's significant weakness.

However, the report also warned of downward risks.

These risks include a re-escalation of trade tensions and trade policy uncertainty, a sharper-than-expected downturn in major economies, and financial turmoil in emerging markets and developing economies, the report said.

The World Bank warns that if Thailand does not work on boosting its productivity, with no significant pickup in investment and productivity growth, the country's average annual growth rate will remain below 3 percent.

To achieve its vision of being a high-income country by 2037, Thailand will need to sustain long-run growth rates of above 5 percent, which would require a productivity growth rate of 3 percent and increased investment to 40 percent of GDP, said the report. 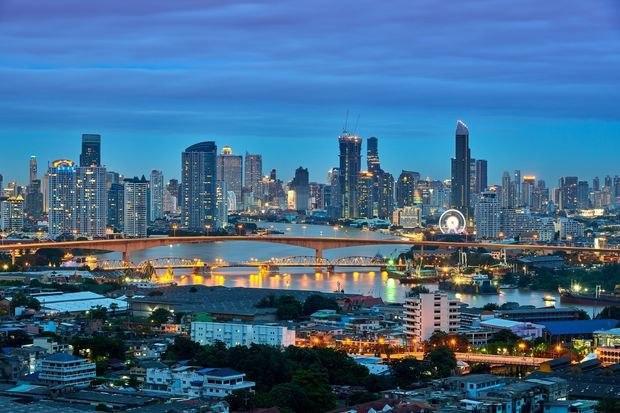