BANGKOK, Aug. 10 (Xinhua) — In an attempt to swerve acts of terrorism, Thailand's telecommunication regulatory body has announced a new measure, mandating foreign visitors to use phones with SIM cards that can be tracked down by Thai authorities.

"This new regulation does not apply only to tourists. All non-Thai nationals are required to use SIM cards approved by licensed phone operators," Takorn Tantasith, secretary general of the Office of the National Broadcasting and Telecommunications Commission (NBTC), said on Tuesday

Takorn said the new measure was first proposed by NBTC in January 2015 and was approved by Prime Minister Prayut Chan-o-cha.

Last year, all mobile phone users in the country had until July 31, 2015 to register with their network providers personal details such as their full name, ID, phone number, etc.

"Even those who use their phones to get access to Wi-Fi services are also required to register," said Takorn, "those who don't register will not gain access to voice data and the internet except to make emergency calls to the police and hospitals."

Thai authorities were warned late 2015 of possible attacks by the Islamic State, which cited information from a foreign intelligence agency.

Thailand's Interpol director Apichart Suribunya said at the time that authorities "get warnings like this many times."

The Ministry of Tourism and Sports indicates that from January to July 2016, 19.06 million foreigners visited the country, up 12 percent year-on-year. 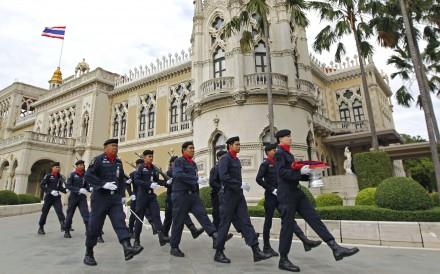