Margarita Lorrto, 40, was expelled from Cambodia at 9:00 p.m. local time through Phnom Penh International Airport by taking a Thai Airways flight to Bangkok, said Uk Heisela, chief of investigations at the General Department of Immigration.

He said the woman, who identified herself as a Spanish university researcher, was detained on Monday for joining a "Black Monday" protest in Phnom Penh's Boeung Kak village.

"She is a foreigner, but ... had joined 'Black Monday' protests with Cambodian activists for many weeks," he said. "Her action affects public order and social security."

The "Black Monday" campaign was launched 14 weeks ago by a handful of non-governmental organizations to call for the release of four officers at local rights group Adhoc and an election official who were jailed in a sex scandal.

The government considers the campaign as a provocative move to create social chaos.

The two female activists were arrested on Monday evening as authorities broke up a "Black Monday" protest in Phnom Penh's Boeung Kak village.

Under the charge, the two activists could be imprisoned from six months to two years if convicted. 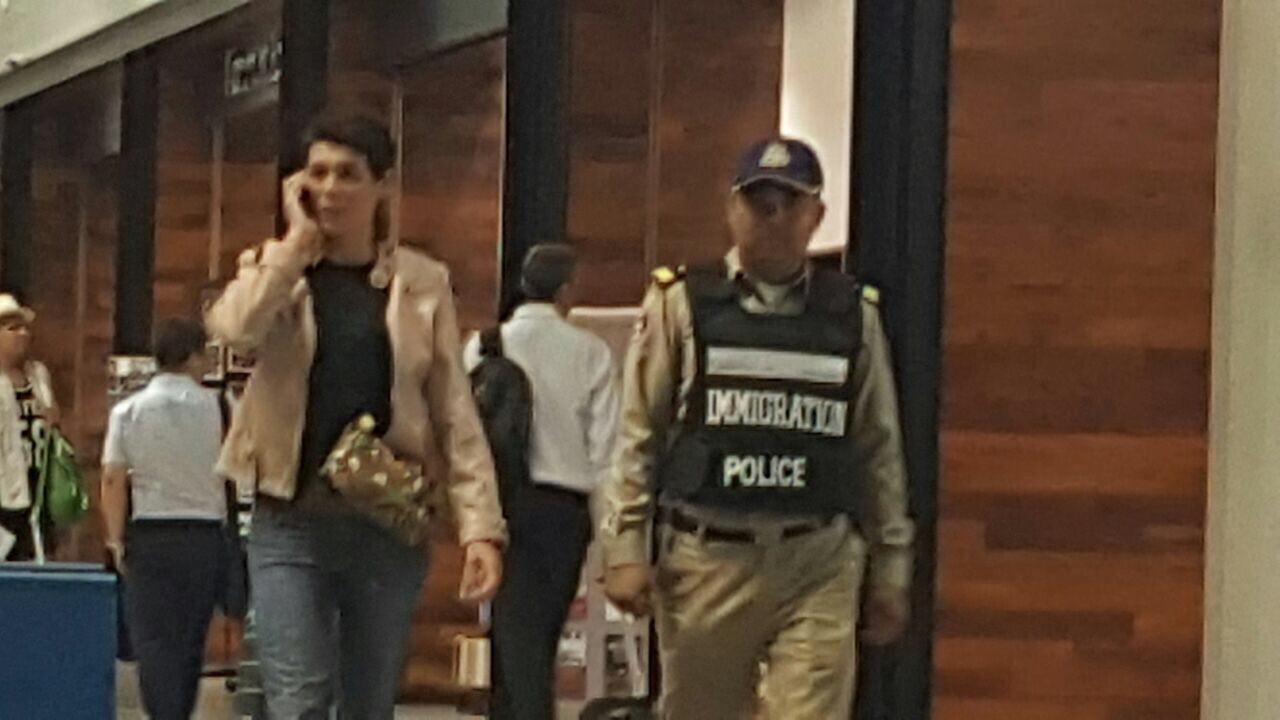