JAKARTA, Aug. 17 (Xinhua) — Maritime authorities from Indonesia and Malaysia continue searching for a missing Malaysian fuel tanker, which was previously reported to be hijacked after it left a port in the country, Indonesian navy said here on Wednesday.

The captain of MT Vier Harmoni tanker contacted his agent at 12: 00 a.m. local time Wednesday, but did not tell the position of the vessel, commander of the Indonesia's western naval command Admiral S. Irawan said.

Vier Harmoni tanker carrying 900,000 liters of diesel fuel reportedly disappeared from a seaport in Kuantan of Malaysia on Tuesday.

After coordinating with the Malaysian maritime authorities, Admiral Irawan said that the tanker operated by PT Vierlines has not been hijacked, but it has been likely taken over by its own crew in a dispute with the management of the company.

"(Our) temporary conclusion is that the tanker was not hijacked, but it has been taken over by its own crew, and was turned back to Batam Island (Indonesia)," the admiral disclosed.

"The captain of the vessel has twice contacted Malaysian maritime authorities, saying that the tanker will be taken back into Batam because of an internal management problem," Irawan added.

For years, small fuel tankers sailing off Southeast Asian coast have been targeted by groups of armed thieves, with the aim of stealing and selling the oil, and recently abduction perpetrated by Abu Sayyaf group in the Southern Philippines has also been on the rise in the area.

This year, a total of 25 Indonesian seamen have been kidnapped by the group, which always demand ransoms; so far only 14 have been released. 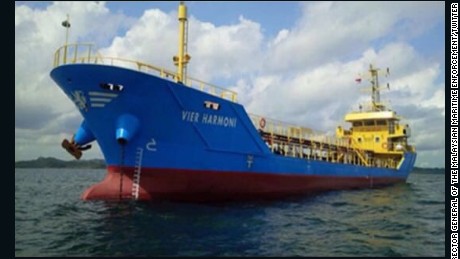