PHNOM PENH, Aug. 22 (FN) — A Cambodian court on Monday sentenced two social activists to six days in prison for "insult" after they led a government-banned "Black Monday" protest a week ago.

Tep Vanny and her colleague Bov Sophea were arrested on Aug. 15 when they buried headless dummies in sand pits, claiming they symbolized the court, court officials, political analyst Kem Ley's killer, and those behind the murder.

The duo were charged with "incitement to commit a felony," which could face up to two years in prison, but in a trial session on Monday, Phnom Penh Municipal Court presiding judge Pich Vicheathor decided to change the charges against them with "insult" instead.

"The court decides to sentence Tep Vanny and Bov Sophea to six days in prison and to fine them 80,000 riel (20 U.S. dollars) each, " said the verdict read by Pich Vicheathor.

The "Black Monday" campaign was launched in early May by a handful of non-governmental organizations to call for the release of four officers at local rights group Adhoc and an election official who were jailed in a sex scandal involving deputy opposition leader Kem Sokha.

The government considers the campaign as a provocative move to create social chaos.

On Wednesday, the country deported Spanish woman Margarita Lorrto, 40, for her involvement in the "Black Monday" protest. 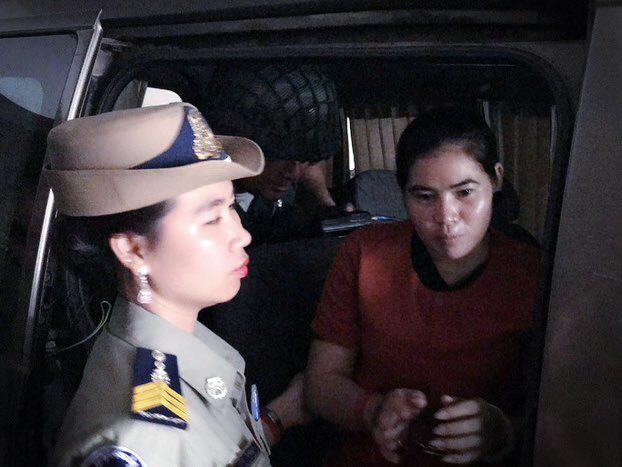