PHNOM PENH (FN), September, 5 – At the invitation of the Chinese government, Prime Minister Hun Sen will lead a high-level delegation to attend the 13th ASEAN-China Expo under the theme of “Building Maritime Silk Road of 21st Century” and the 1st Cambodia-China Investment Forum to be held on 10-12 September, 2016, in Nanning, Guangxi province, the People’s Republic of China, according to a press release issued by the Ministry of Foreign Affairs today.

The delegation will include also Senior Minister, Minister of Foreign Affairs and International Cooperation Prak Sokhonn, Minister of Commerce Pan Sorasak, as well as other members of the Royal Government of Cambodia, the press release said. 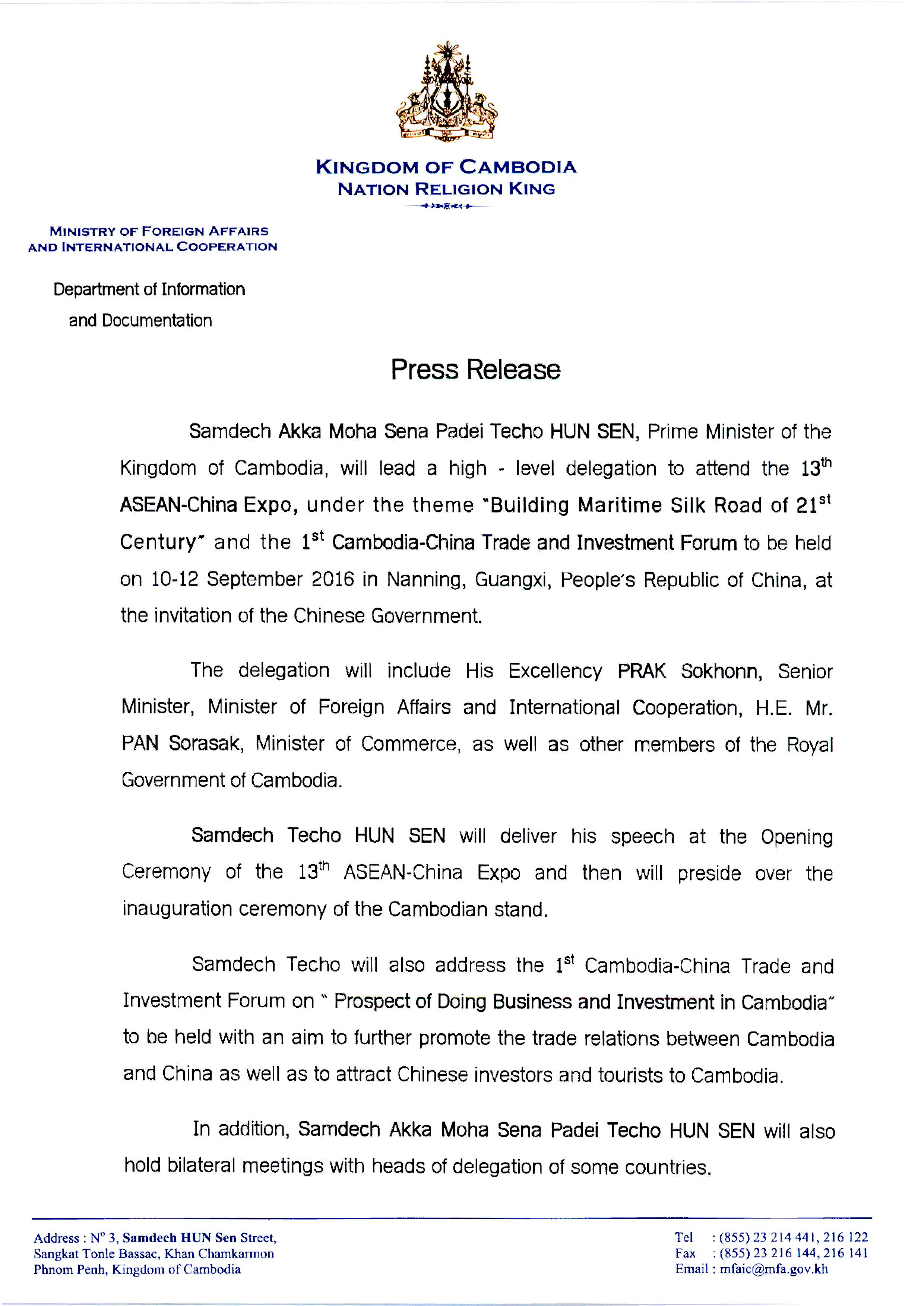 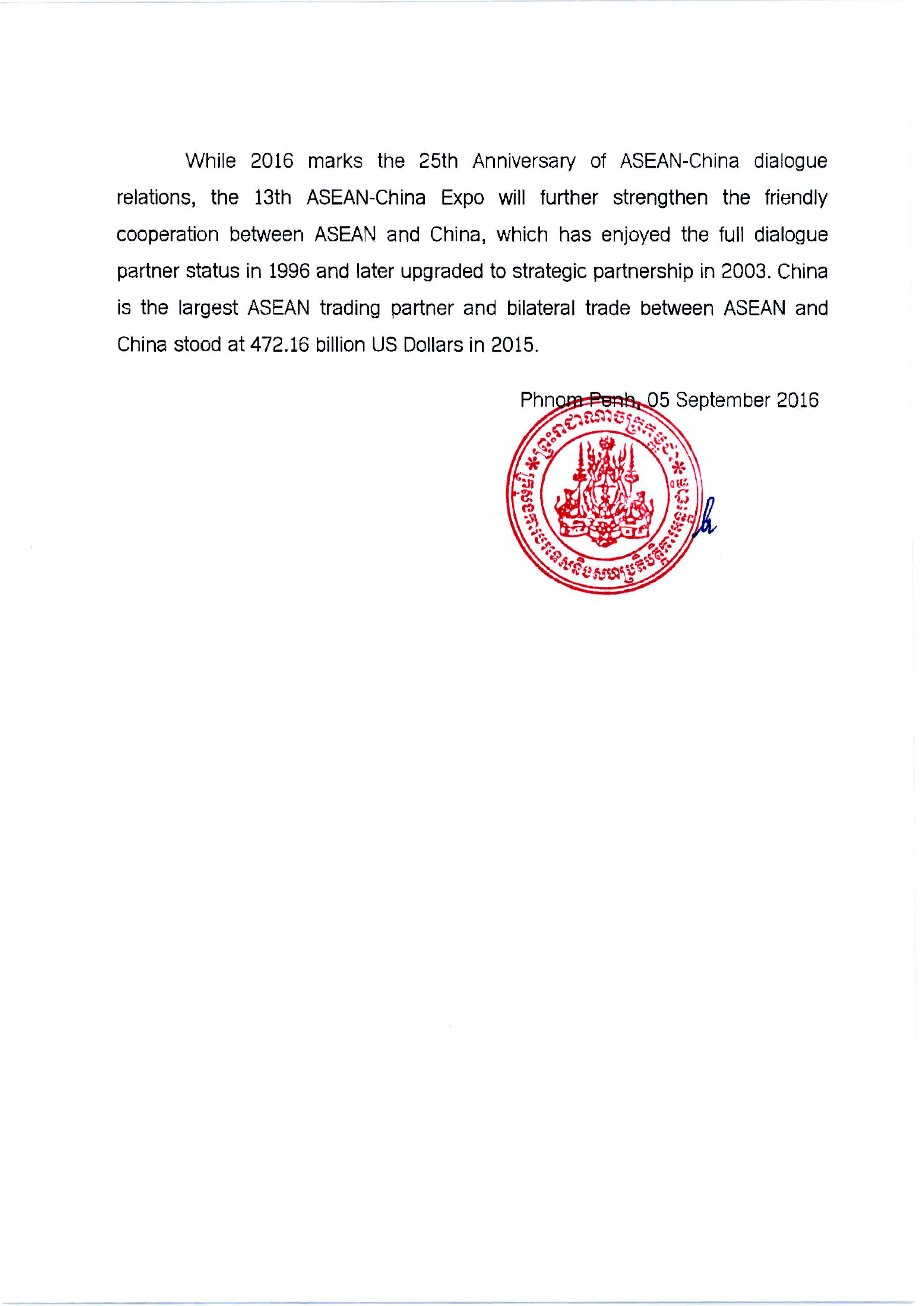