"The (United States) special forces, they have to go," said Duterte in a speech at the oath taking ceremony of newly appointed officials in the presidential palace.

The president said that during his attendance at the Association of Southeast Asian Nations (ASEAN) Summit and Related Summits in Laos last week he wanted to mention the plan, but he did not raise this "out of respect."

"I do not want rift with America, but they have to go," he said.

Duterte said he wanted the U.S. forces to leave Mindanao because they might be targeted by the kidnap-for-ransom groups.

Earlier, the president has said the Philippines under his administration would pursue an independent foreign policy "without any interference" from any country.

In Vientiane, controversy hounded Duterte for making "strong remarks" against U.S. President Barack Obama in connection with comments made by U.S. officials on drug-related extrajudicial killings in the country.

Duterte's remarks prompted Obama to cancel a scheduled meeting with Duterte on the sidelines of the ASEAN meetings. 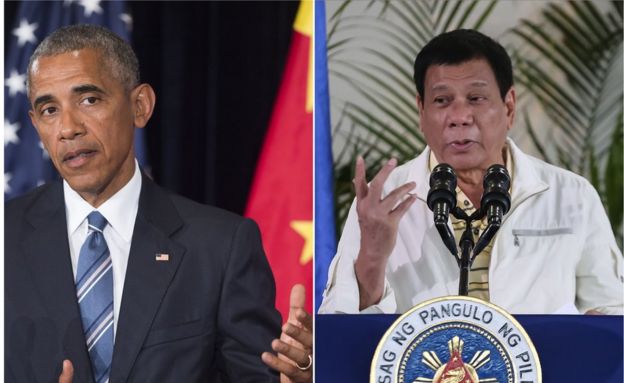