TOKYO, Sept. 13 (Xinhua) — Japan's population of people aged 100 years or older hit a new record in September, with the number having increased consistently since 1971, the government said Tuesday.

According to the Health, Labor and Welfare Ministry, the number of centenarians in Japan rose by 4,124 from a year ago to peak at 65,692 this month, with the ministry attributing the increase predominantly to advances in medical care.

According the ministry's data, which is released as a projection for Sept. 15, which had previously been observed as Respect-for-the-Aged Day national holiday, the number of male centenarians increased from the previous year by 327 to 8,167 and that of female centenarians by 3,797 to 57,525.

The ministry said that female centenarians now account for 87.6 percent of the total in Japan, with the oldest women at 116 years old currently residing in Kagoshima Prefecture, and the oldest man at 112 years old living in Tokyo.

The latest data from the ministry also showed that life expectancy in Japan is 87.05 years old for women and 80.79 years old for men.

As well as advances in medical treatment, the ministry also said that increasing awareness about health issues had also contributed to Japan's new record number of centenarians. 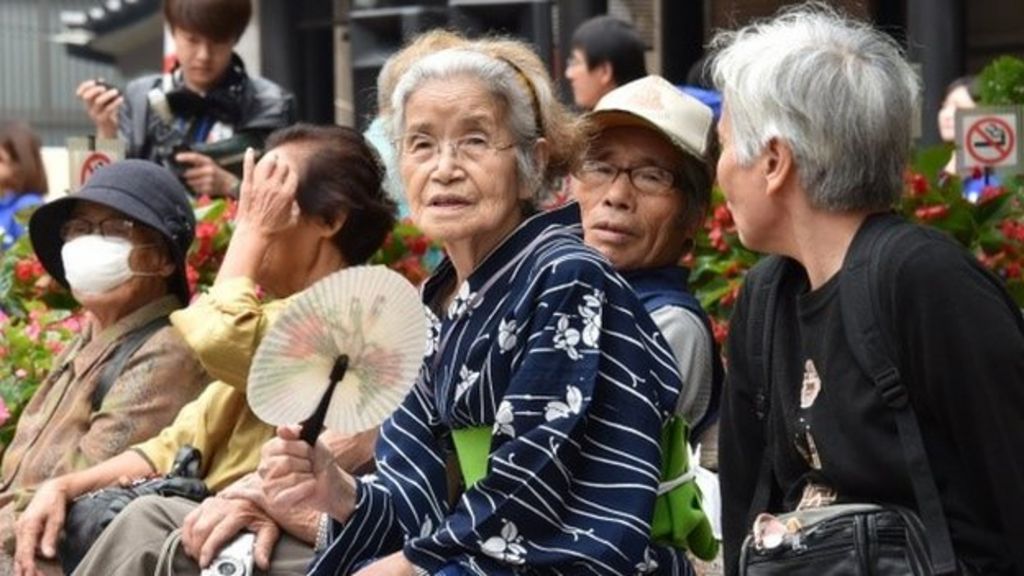