BEIJING, Sept. 14 (Xinhua) — Ma Xiaoguang, a spokesperson for the State Council Taiwan Affairs Office, underscored that any "Taiwan independence" activities would be opposed.

Any attempt by secessionists to use the UN to challenge the one-China policy, which is supported by the international community, will not succeed, said Ma on Wednesday.

A Chinese mainland spokesperson on Wednesday expressed the mainland's opposition to the Dalai Lama visiting Taiwan.

"The intention of some forces in Taiwan to collude with separatists seeking 'Tibet independence,' and to create disturbances will have a severe impact on relations across the Taiwan Strait," said Ma Xiaoguang with the State Council Taiwan Affairs Office at a press conference.

"We firmly oppose the Dalai Lama's visit to Taiwan of any form," Ma said.
​ 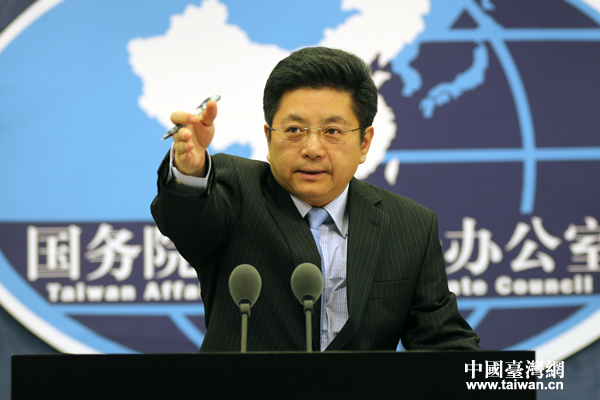