China's Tianwen-1 probe, including an orbiter, a lander and a rover, successfully entered the orbit around Mars on Wednesday after a nearly seven-month voyage from Earth.

The video fully recorded Mars gradually entering the field of view, the slight vibration of the probe after the engine was ignited, and the probe's flight from Mars day to Mars night.

The solar wing, directional antenna, Martian atmosphere, and surface morphology are visible in the video.

The CNSA said that Tianwen-1 sends blessings from distant Mars on the occasion of Chinese Lunar New Year. 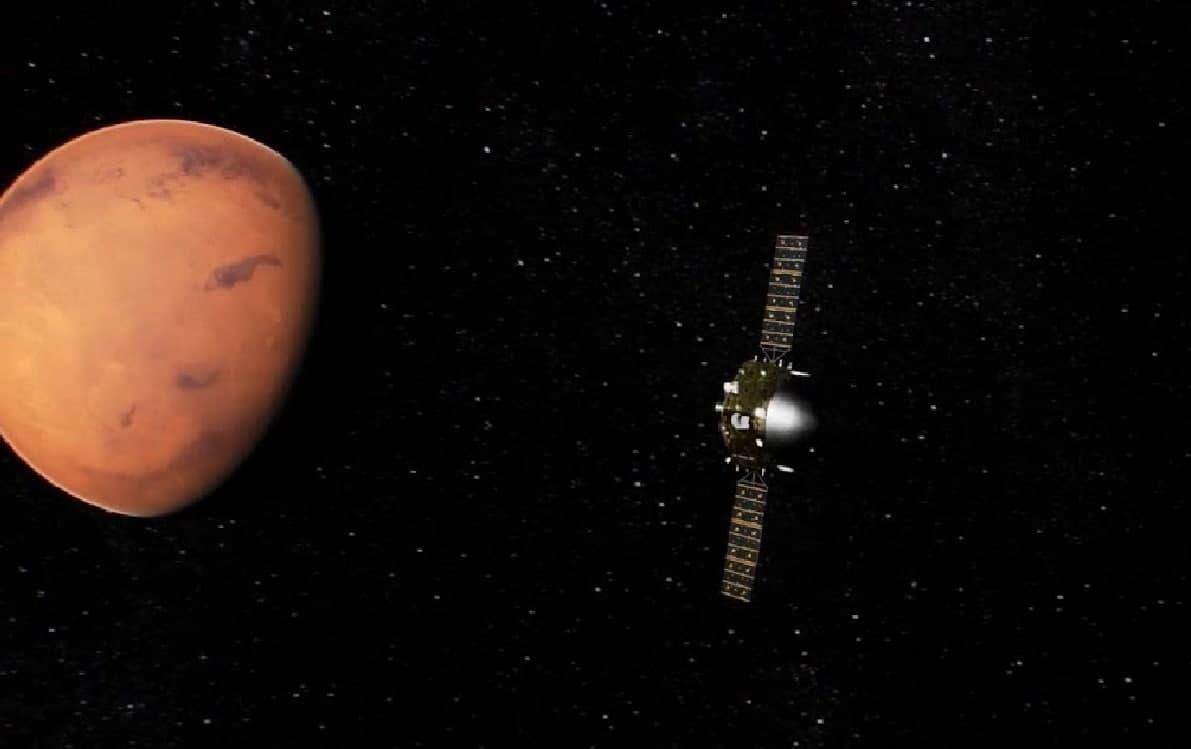