QUITO, Feb. 12 (Xinhua) -- Ecuador's National Electoral Council (CNE) on Friday agreed to a recount of votes in 17 of the country's 24 provinces in presidential elections held on Feb. 7, said Diana Atamaint, president of the election body.

As part of an agreement reached with two candidates technically tied for the second place, she said an instruction manual will be prepared on the recount procedure.

"Once the review process is finished, the final announcement of the results will be made and the entire process will be broadcast live through the official CNE channels continuously," said Atamaint.

Ecuador's presidential race is heading to a runoff on April 11 after the first round of voting saw Andres Arauz, of the left-leaning Union for Hope Alliance, lead with 32.70 percent of the votes, while the runner-up has yet to be decided.

With 100 percent of the electoral records processed as of 6:40 p.m. local time (2340 GMT), indigenous activist Yaku Perez trailed slightly behind former banker and three-time presidential candidate Guillermo Lasso, with 19.38 percent of the votes versus 19.74 percent for Lasso, according to the CNE.

Perez demanded a recount, leading to a meeting with Lasso, CNE officials and the election observer mission of the Organization of American States, where all sides reached the agreement on the recount.

"In Ecuador, democracy wins, dialogue wins, and we are firmly defending the electoral process with transparency," added Atamaint. 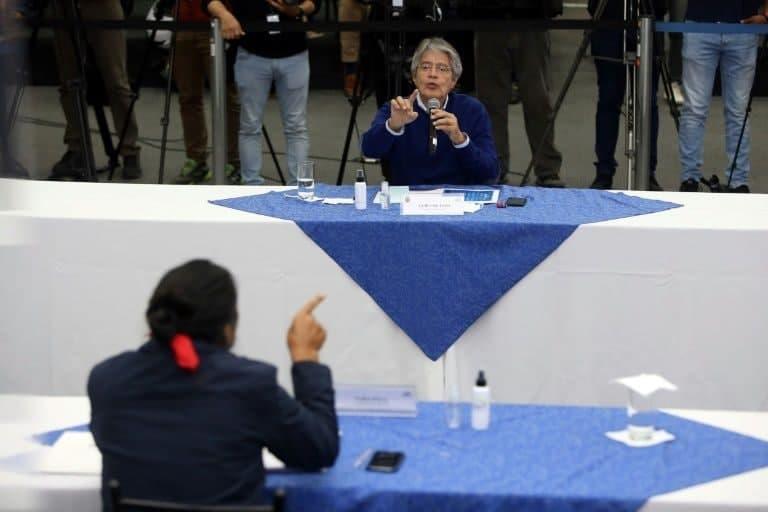