U.S. to slowly allow in asylum seekers under "Remain in Mexico" program

WASHINGTON, Feb. 12 (Xinhua) -- The Joe Biden administration will start from Feb. 19 to slowly allow an estimated 25,000 asylum seekers waiting in Mexico for their court hearings into the United States, officials with the Department of Homeland Security (DHS) said Friday.

There will be three ports of entry where cases of asylum seekers under the Migrant Protection Protocols, known as the "Remain in Mexico" policy introduced by former President Donald Trump in January 2019, are to be reprocessed, said the officials, who refused to identify these crossings out of the fear that it may encourage a rush of people.

"This latest action is another step in our commitment to reform immigration policies that do not align with our nation's values," Secretary of Homeland Security Alejandro Mayorkas said in a statement.

"Due to the current pandemic, restrictions at the border remain in place and will be enforced," Mayorkas added, noting that "changes will take time."

Meanwhile, Mayorkas warned that people "who are not eligible under this initial phase should wait for further instructions and not travel to the border."

Local media said the DHS is planning to start slowly with two border crossings each processing up to 300 people a day and a third crossing taking fewer.

Asylum seekers will be tested for COVID-19 before entering the United States, according to local media reports.

Biden on Thursday said he had informed Congress that he was rescinding the national emergency declaration on the U.S.-Mexico border, which was put in place by Trump in February 2019 to redirect billions of U.S. dollars for building a wall in the southern U.S. border. 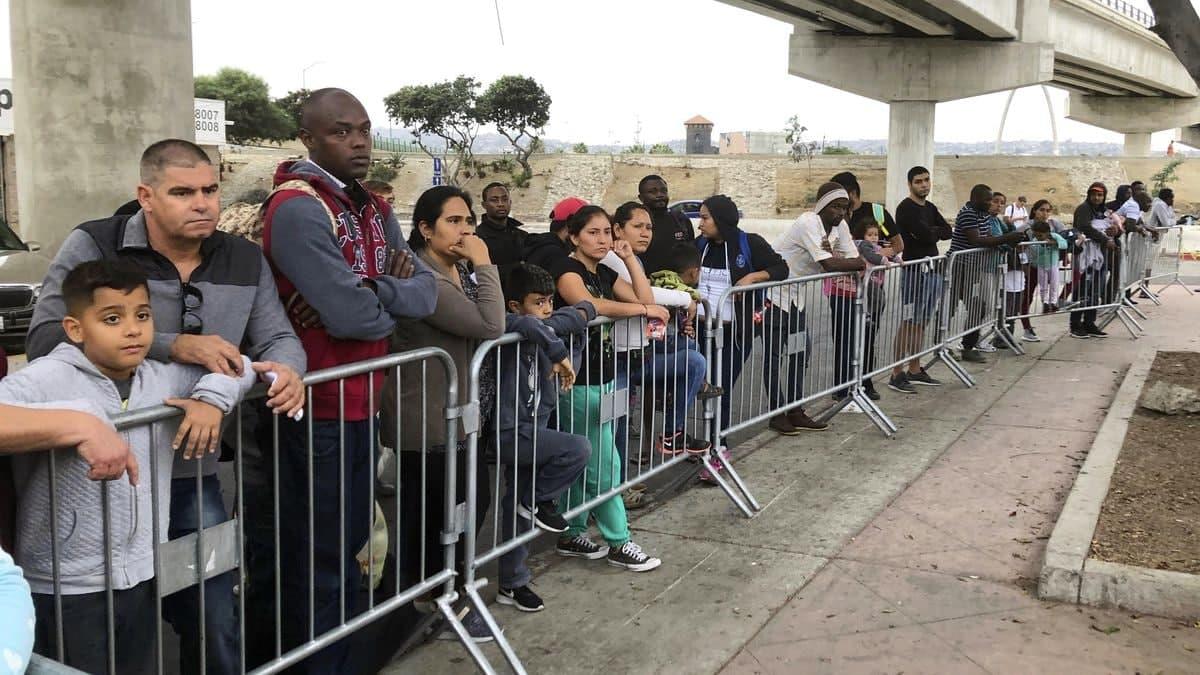