Over A Dozen Cambodians Arrested in Thailand for Illegal Entry Freed

PHNOM PENH (FN), 4 Oct. – A total of 13 Cambodian workers arrested in Thailand for illegally entering and working in Thailand have been released and returned to Cambodia by Thai authorities after intervention by Cambodian diplomatic officials in Thailand, said Chum Sounry, spokesperson of the Foreign Affairs Ministry in a press release today, October, 4, 2016.

Cambodian consulate in Thailand’s Sa Kaeo province reported that on September, 27, 2016, Thai immigration police in collaboration with the local authorities launched a raid on illegal immigrants in Thailand, Parai commune, Aranyaprathet district, Sa Kaeo province, and made arrest of 13 Cambodian workers for entering and working in Thailand illegally.

The Cambodian Foreign Affairs Ministry said in the press release that Cambodian consulate has sent officials down to visit the 13 arrestees at police station of Aranyaprathet district and have found that the 13 arrestees, 10 men and 3 women, were originally from Kampong Cham, Battambang and Banteay Meanchey provinces. They came to Thailand without any documents and were working on footwear sewing and laundry at Rong Kluea border market.

Cambodian consulate negotiated with the Thai authorities and finally secured the release of the 13 on the same day to return to Cambodia via Poi Pet international border checkpoint, the press release said. 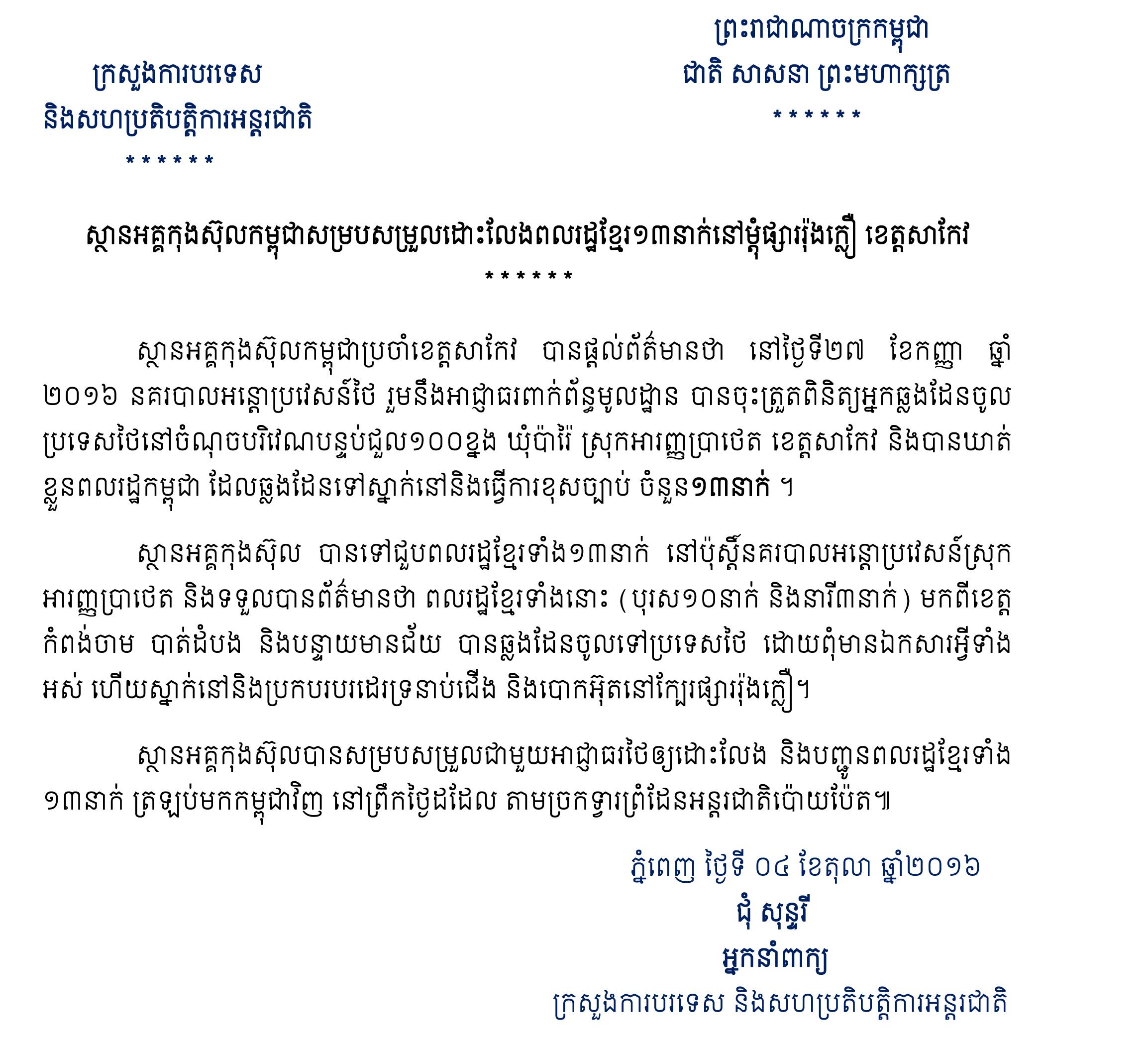