SYDNEY, Oct. 10 (Xinhua) — Australians have been warned to start preparing for the return of more active tropical cyclones which will kick in from November till April next year.

Australia's Bureau Of Meteorology (BOM's) Climate Prediction Services Manager Dr Andrew Watkins said in a statement that Australians should expect an average to above-average tropical cyclone season due to neutral to weak La Nina conditions in the tropical Pacific Ocean.

"This year we're experiencing warmer-than-average sea surface temperatures around northern Australia, and this will help to fuel the tropical cyclone season ahead," he said.

"History shows that in an average season, about 11 cyclones form in the Australian region between November and April."

"On average, four of these will make landfall," he said.

Last year, Australia had the lowest number of tropical cyclones on record with just three formed during the season.

Only one made landfall, with Tropical Cyclone Stan crossing Western Australia's Pilbara Coast as a Category 2 system, BOM said.

"It is highly unlikely Australia will see a cyclone season as quiet (as last year) this year," Watkins said.

"The release of the Tropical Cyclone Season Outlook for 2016-17 (from November to April) marks the start of severe weather public awareness campaigns in northern Australia."

"Residents in northern coastal regions are being reminded to prepare now for the coming season," he said.

Watkins reminded residents in northern coastal regions to be more prepared for the coming cyclone season.

Tropical cyclones are low pressure systems that form over warm tropical waters and have at least gale force winds which is sustained winds of 63 km per hour and gusts of 90 km per hour. 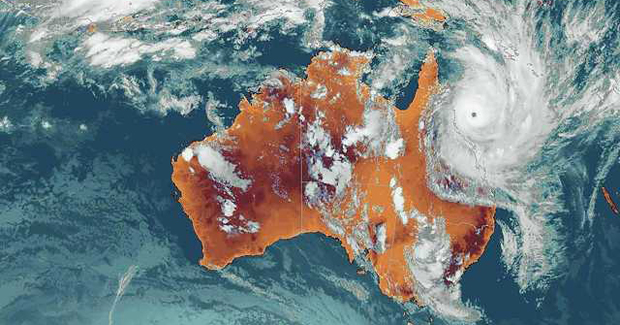