SEOUL, Oct. 10 (Xinhua) — A U.S. nuclear-powered aircraft carrier was mobilized in South Korean waters to take part in a weeklong joint naval exercise that kicked off on Monday amid concerns about provocations from the Democratic People's Republic of Korea (DPRK).

The USS Ronald Reagan, the flagship of the U.S. Carrier Strike Group Five, was deployed to South Korean waters to participate in the joint "Invincible Spirit 2016" exercise between the two allies scheduled to continue until Saturday, according to Seoul's defense ministry.

The joint exercise is being carried out in all of the three seas around South Korea, according to local media reports.

The drill is joined by seven U.S. warships, including the aircraft carrier and Aegis-equipped cruiser, and about 40 South Korean battleships as well as fighter jets, maritime patrol airplanes and helicopters.

In the east and west seas, the U.S. and South Korean naval forces are conducting a simulated exercise against infiltration by the DPRK's special forces estimated to reach about 200,000 troops. The U.S. aircraft carrier, accompanied by other U.S. battleships, is carrying out a drill in the southwestern waters.

It marks the first time that the two countries conduct naval drills in all of the three seas. In 2010 when a South Korean naval corvette sank in waters by what Seoul claimed was a DPRK torpedo attack, Seoul and Washington staged naval drills in the east and west seas. Pyongyang has denied any involvement in the incident.

The massive exercise came amid growing worries about the DPRK's provocation on or around Oct. 10, when is the 71st anniversary of the establishment of the country's ruling Workers' Party of Korea (WPK). Sometimes, the anniversary was celebrated with provocations like missile launches.

Seoul's military sees a possibility for Pyongyang's sixth nuclear test and the launch of a long-range ballistic missile before the end of this year.

On Sept. 9, the DPRK announced its successful test of a nuclear warhead that can be mounted on ballistic missiles. It came just eight months after its fourth nuclear detonation on Jan. 6 followed by the launch on Feb. 7 of a long-range rocket which was condemned as a disguised test of ballistic missile technology.

Increased activity was recently detected in two of the three tunnels that lead into the DPRK's main Punggye-ri nuclear test site, indicating preparations for another nuclear detonation in the near future.

In its Tongchang-ri rocket base, which Pyongyang calls Sohae Satellite Launching Station, the moves of personnel and vehicles were spotted. Seoul's military is worrying about the possible test-launch of a long-range ballistic missile in the launch site.

As the DPRK advances nuclear and missile capabilities, calls for preemptive strike against the DPRK's nuclear facilities mounted both in the United States and South Korea.

Since top DPRK leader Kim Jong Un took over power after his father's death in late 2011, Pyongyang has carried out three nuclear tests, including the third one in February 2013. While Kim Jong Il, the current leader's father, ruled the country between 1994 and 2011, the country detonated nuclear devices twice in 2006 and 2009.

Seoul's defense ministry spokesman Moon Sang-kyun told a Monday press briefing that preemptive strike would be possible for self-defense in case that there are signs of the DPRK's use of nuclear weapons. 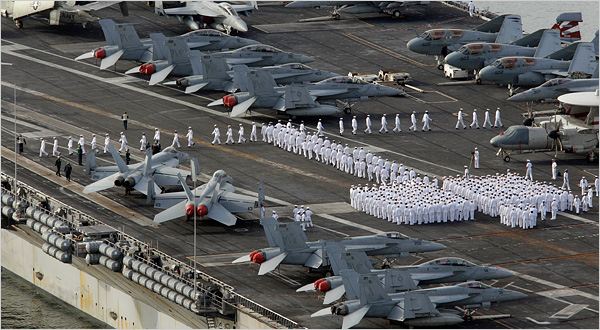