Phnom Penh (FN), Oct 10 – At the invitation of His Majesty Samdech Preah Boromneat Norodom Sihamoni, China’s president Xi Jinping will pay a visit to Cambodia on October 13 through October 14, 2016, according to a press release by the Ministry of Foreign Affairs issued today.

During the visit, president Jinping is scheduled to pay courtesy calls on His Majesty the King as well Queen Norodom Monineath Sihanouk in the Royal Palace. 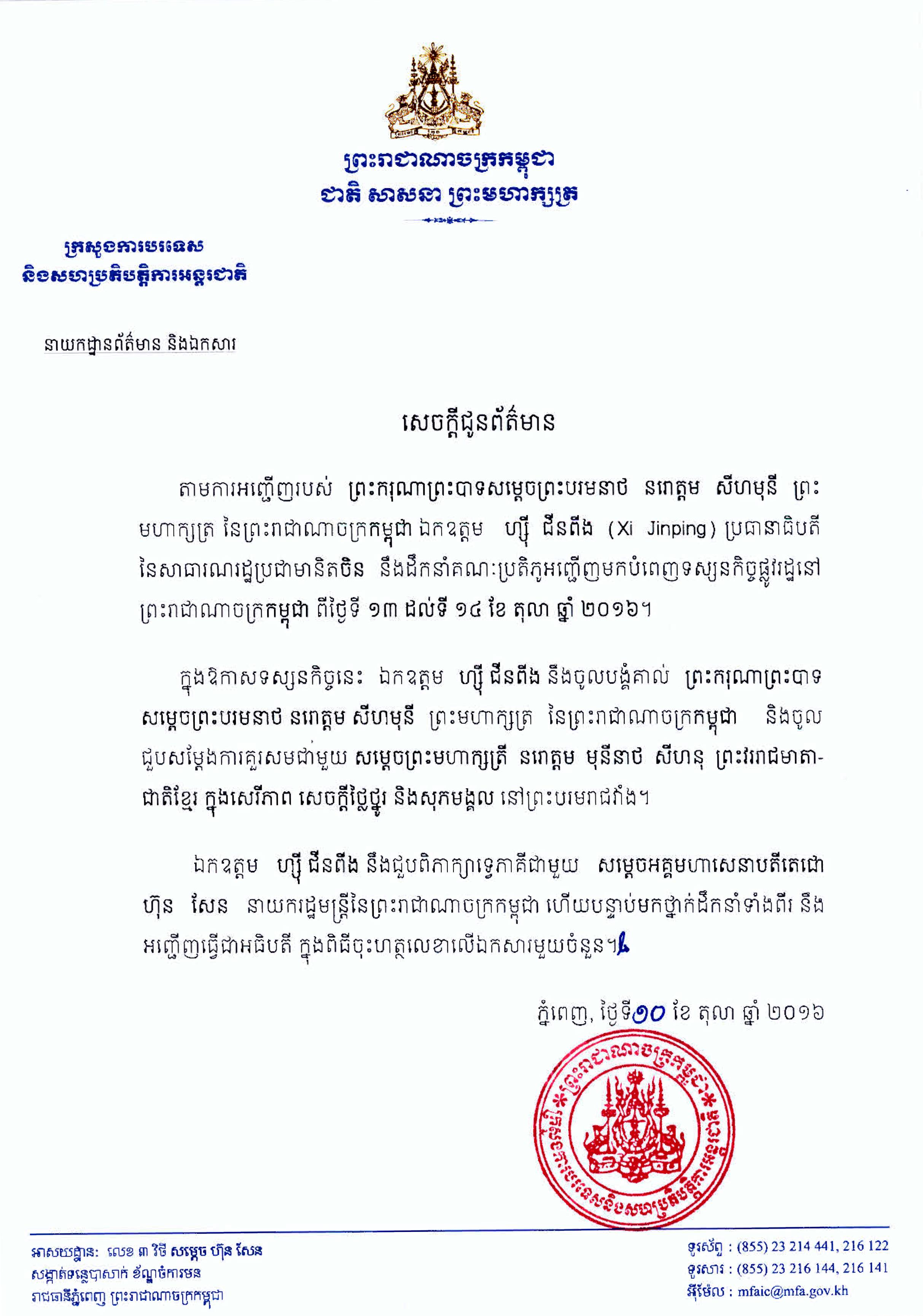