Phnom Penh (FN), Oct 10 – The Sea Festival 2016 originally scheduled for 16-18 December 2016 in Sihanoukville has been moved to 23-25 December 2016, according to a press release issued today by the Inter-Ministerial Organizing Committee for the festival.

“The official opening ceremony of the Sea Festival 2016 will be held on 24 December 2016 at 17:00pm in Sihanouk province under the highest presidency of Samdech Akka Moha Sena Padei Techo HUN SEN, Prime Minister of the Kingdom of Cambodia and Samdech Kitti Pritbandit,”said Thong Khonn, Minister of Tourism and Chairman of the Inter-Ministerial Organizing Committee in the press release. 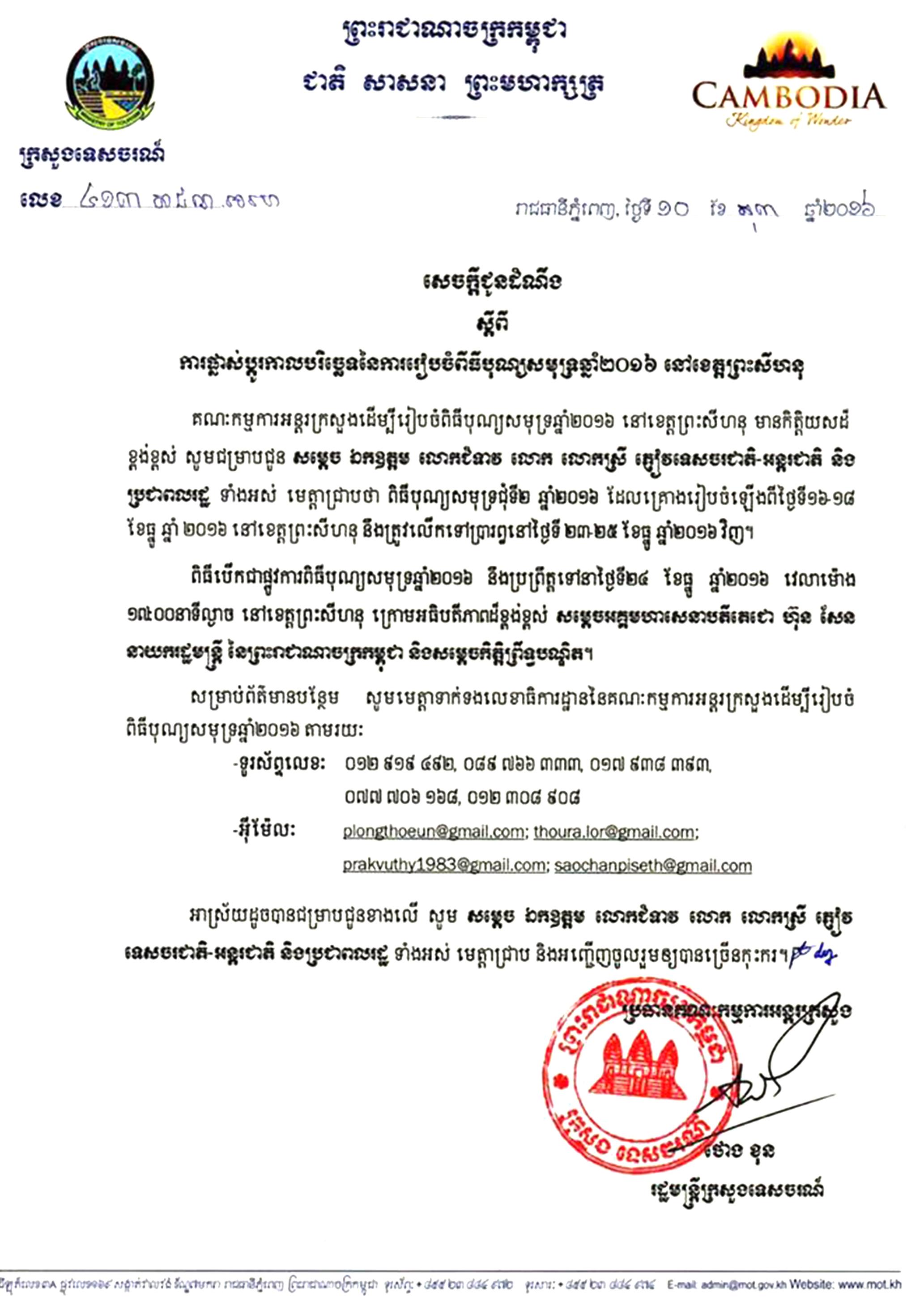 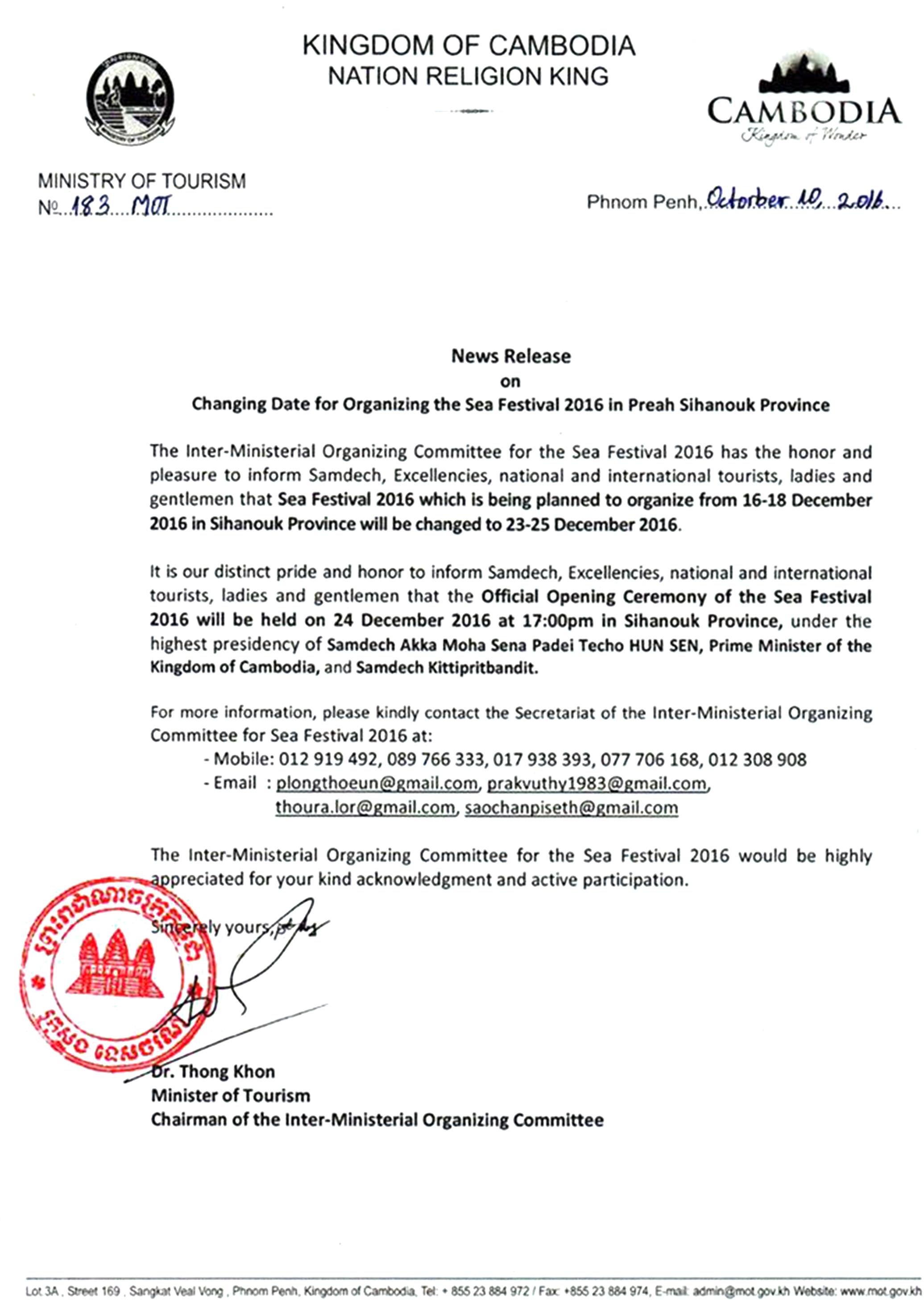