UNITED NATIONS, Oct. 10 (Xinhua) — UN Secretary-General Ban Ki-moon on Monday described the airstrikes by the Saudi-led coalition on the people at a funeral ceremony in Yemen as a "horrific incident" and called for a full probe into the funeral bombing.

The secretary-general, speaking to reporters, said that initial reports from the site of the funeral bombing — "a heartless attack on civilians and an outrageous violation of international humanitarian law" — indicate that "this, too, was a coalition attack."

Ban reiterated that the latest horrific incident demands a full inquiry,and said "Those responsible for the attack must be brought to justice."

The secretary-general stressed that a man-made catastrophe is unfolding before our eyes, and parties cannot hide behind the fog of this war.

"Arial attacks by the Saudi-led coalition have already caused immense carnage, and destroyed much of the country's medical facilities and other vital civilian infrastructure," he said. "More broadly, there must be accountability for the appalling conduct of this entire year."

The news release said that, according to eyewitness testimony, hospital records and other information gathered by UN human rights staff, two airstrikes, about seven to eight minutes apart, hit the packed Al Kubra hall in Sana'a, the Yemeni capital, on Saturday afternoon.

At least 160 people were killed and more than 530 others injured when hundreds of people were gathered at the well-known community center for the funeral of the father of a senior official.

The Saudi-led coalition launched a military air campaign against Houthis and Saleh's forces on March 26, 2015 to restore Hadi to power and recapture the capital.

The coalition's air raids and ground battles have since killed more than 10,000 Yemenis, mostly children and women, injuring around 35,000 others and displacing 3 million more, according to UN reports. 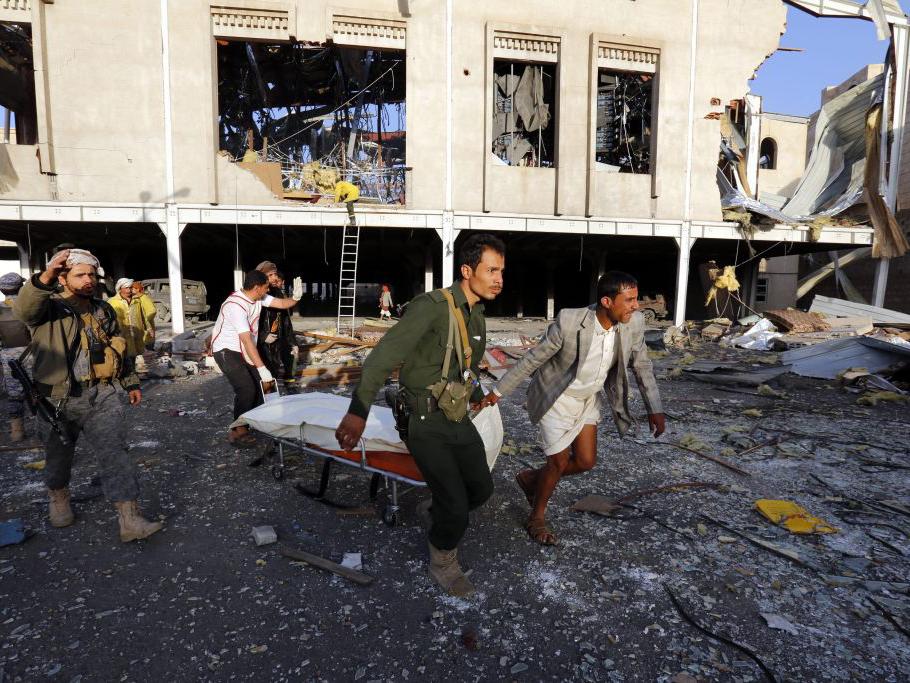