Australia (FN), October 11 – Finally it becomes obvious that the team leader of the opposition Cambodian National Rescue Party in Adelaide, Australia, led a protest against Hun Manet, Prime Minister Hun Sen’s eldest son, while he was on a visit to Australia on October 11, 2016.

Lim Sameth, wearing black shirt and sun glasses, led a group of Cambodians diaspora in Adelaide, Australia, to protest against the visit of Hun Manet and his delegation in Australia.

The acts and activities by CNRP at the moment prove that the opposition party tends to incite and instigate activities that cause turmoil and to mislead national and international opinion that there is a political crises in Cambodia. The fact that CNRP team leader came out to lead the protest this time is obvious that the protests that have taken place over the last few days consecutively against Hun Manet was masterminded by the top  leaders of CNRP.

It also justifies the assertion by the Cambodian People’s Party in a recent statement that the Australian MP Hong Lim was leading a series of protests under the command of the political party in Phnom Penh.
=FRESH NEWS 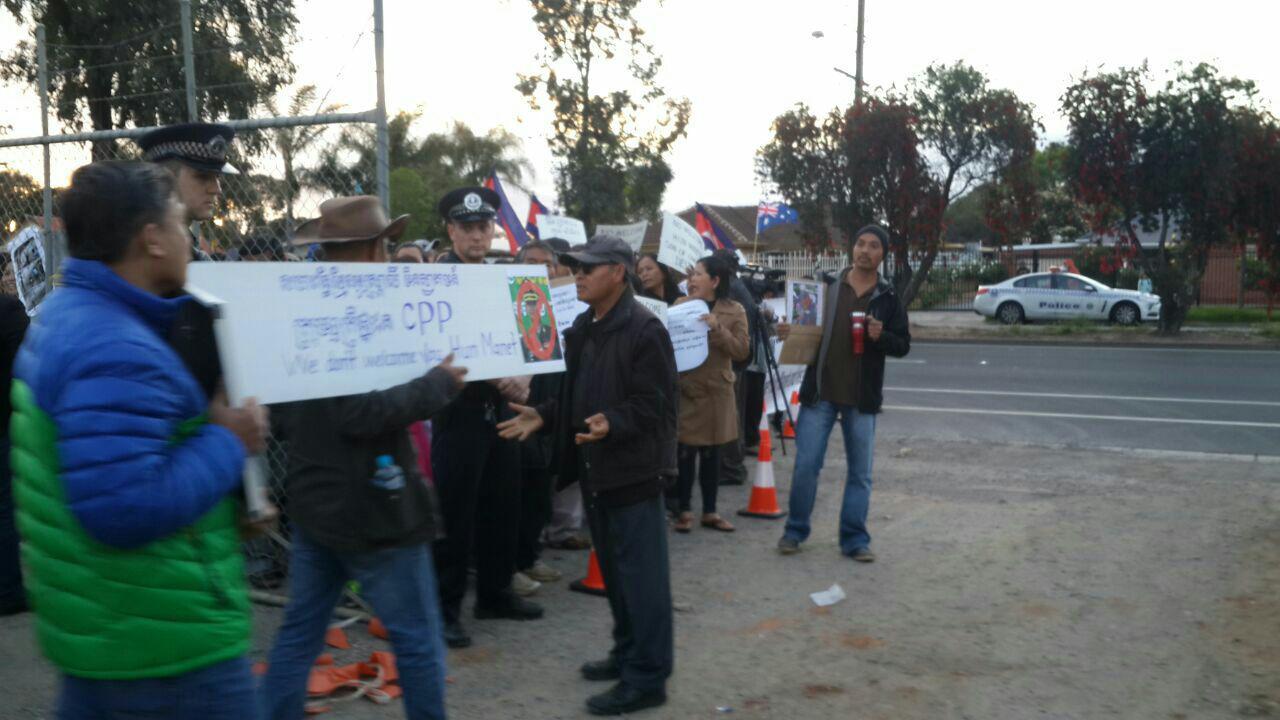 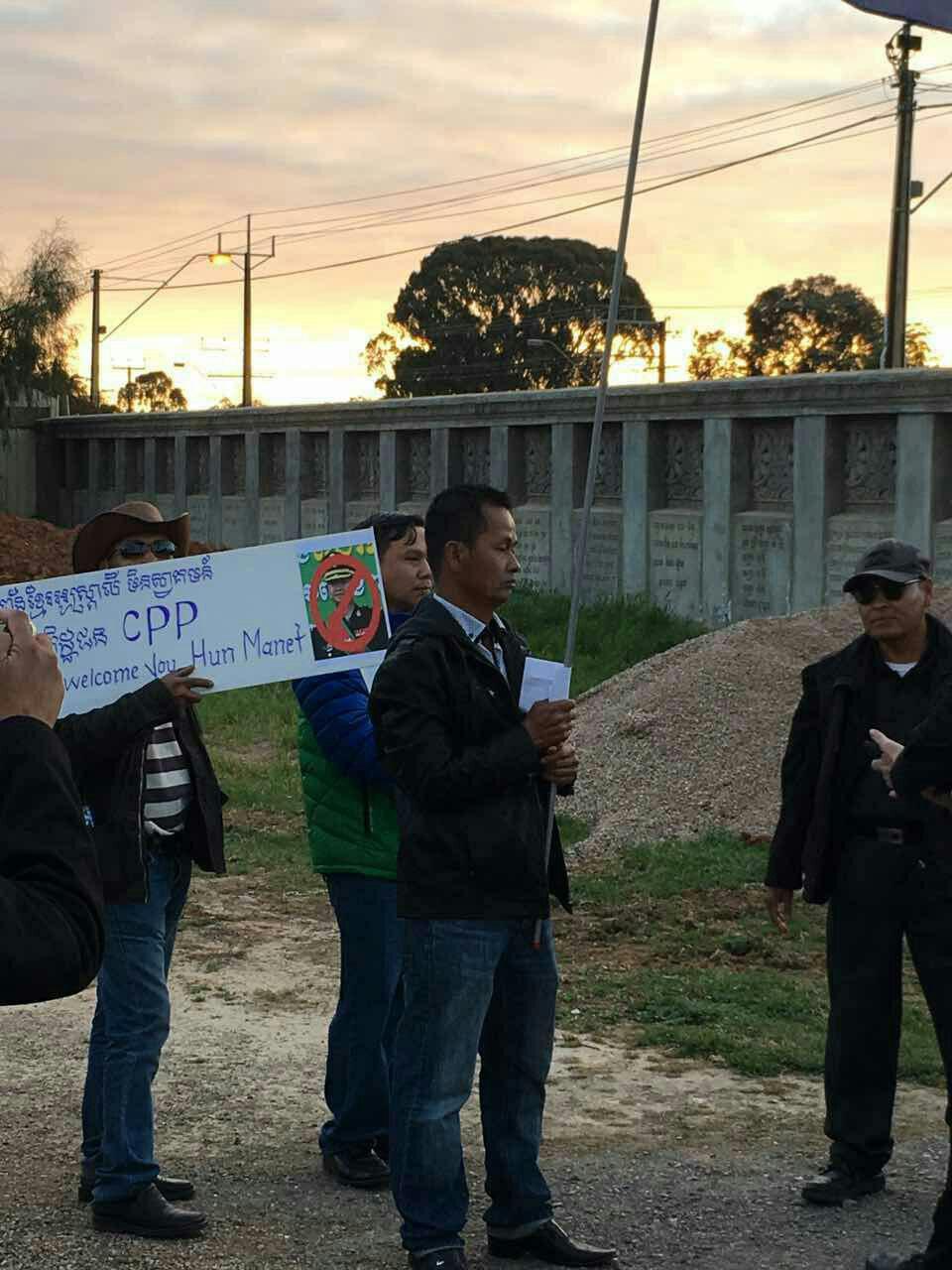