"There were no Russian aircraft in the area of the humanitarian convoy in Aleppo. It is a fact," the ministry's spokesman Maj. Gen. Igor Konashenkov said in a statement.

According to a report by the International Federation of Red Cross and Red Crescent Societies, and around 20 civilians were killed when 18 of 31 convoy trucks carrying life-saving supplies were destroyed during an attack northwest of Aleppo.

On Tuesday, Johnson told the House of Commons that "all the available evidence" pointed to Russian responsibility for the bombing and called for protests outside the Russian embassy in London.

Konashenkov said that Johnson's allegations represented the latest wave of accusations against Russia since Sept. 20, but no reliable evidence had been produced to back them.

He said that the Russian Defense Ministry had published a video from the actual location of the convoy, which showed a car with an unknown "humanitarian" large caliber mortar.

Konashenkov challenged Johnson to present proof of Russian involvement in the incident, which the spokesman said would "not be worth a penny" if made public. 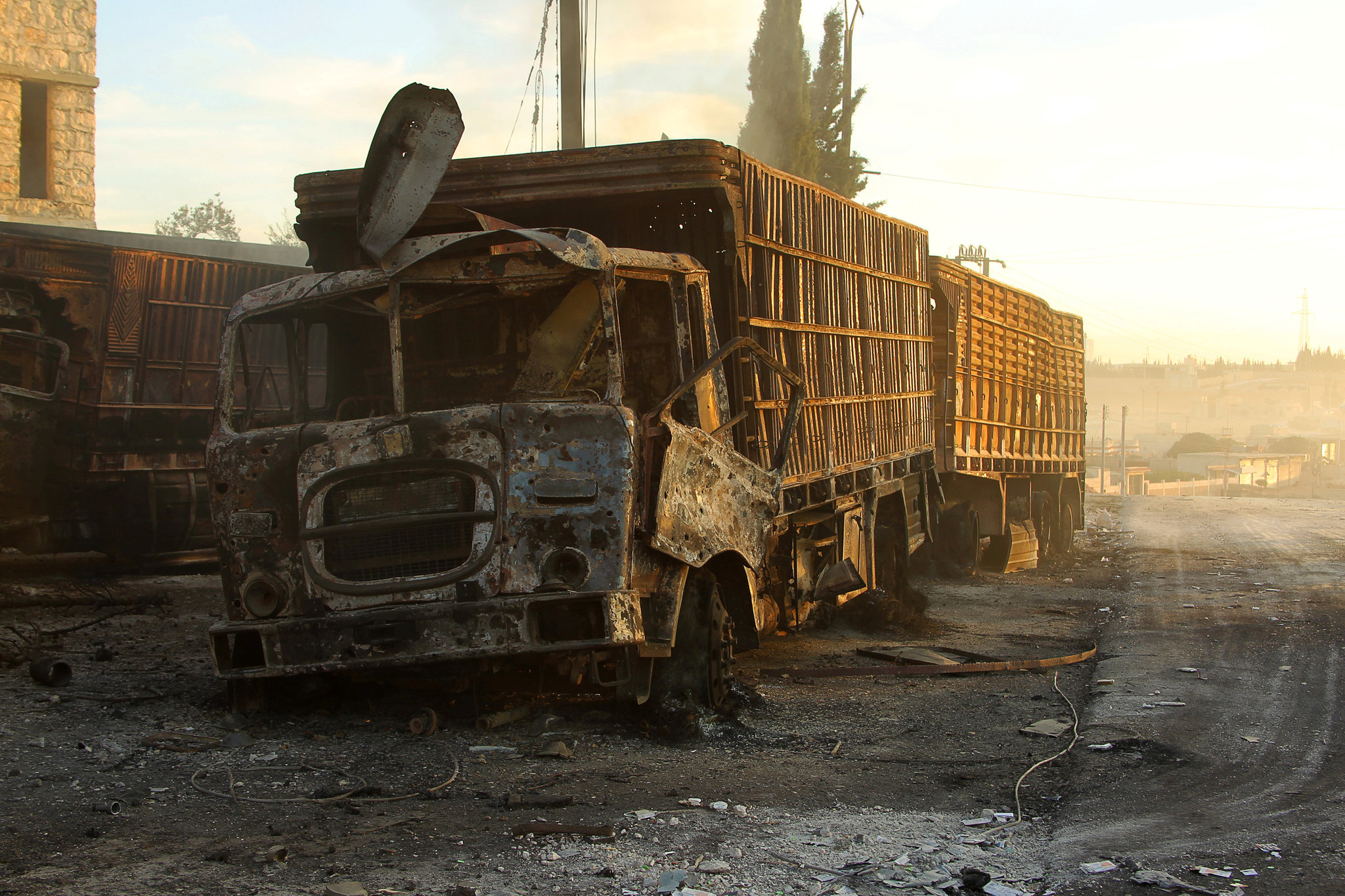