This is Xi's first trip to the Southeast Asian nation as president. In 2009, he paid an official visit to the kingdom as vice president.

The two countries will reach a series of cooperation deals during Xi's visit to align their development strategies and boost their practical cooperation.

China and Cambodia have enjoyed a traditional friendship that was forged and cultivated by Chinese leaders of the older generation and late Cambodian King Father Norodom Sihanouk.

In June this year, Xi and Sihamoni met in Beijing when the king paid a state visit to China, and pledged to press ahead with the bilateral comprehensive strategic cooperative partnership, which was established six years ago.

On the economic front, China is now Cambodia's largest trading partner and source of foreign investment, with bilateral collaboration expanding in such areas as trade, investment, connectivity, energy resources and infrastructure construction.

Two-way trade between China and Cambodia reached 4.43 billion U.S. dollars in 2015, indicating an annual growth of 17.95 percent, according to China's Commerce Ministry.

In a joint interview with Chinese media outlets in Cambodia ahead of the visit, Hun Sen said that Xi's trip will make the traditional friendship between the two countries closer and stronger and lift bilateral relations to a higher level.

After Cambodia, Xi will travel to Bangladesh and the western Indian state of Goa, where he will attend a summit of the emerging-market bloc of BRICS, which groups Brazil, Russia, India, China and South Africa. 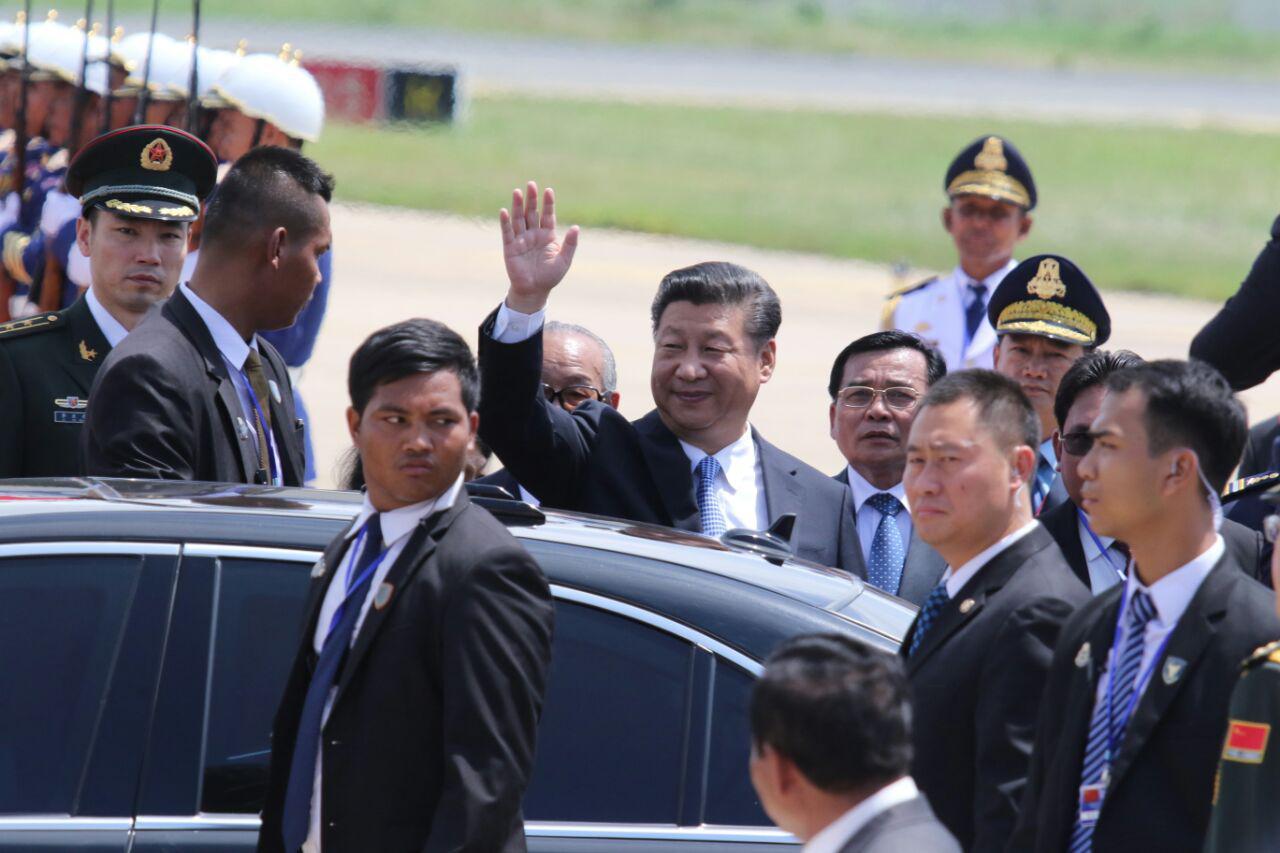