Three leading English newspapers in the Southeast Asian country published in their front pages photos of President Xi and Prime Minister Hun Sen shaking hands at the Peace Palace with their leads focusing on the agreements signed by the two countries.

The Phnom Penh Post and the Cambodia Daily gave a similar reporting, writing that on his first visit to Cambodia as head of state on Thursday, Xi pledged soft loans, forgave Canmbodia's debt and offered military support, while the Khmer Times reported the details of major agreements that were inked.

Besides, leading Khmer-language newspapers and TV channels widely reported about the Xi-Hun Sen talks and their witnessing of the signing ceremony. Their reporting mainly focused on the debt forgiveness and military aid.

Xi arrived in Cambodia on Thursday for a two-day state visit to the kingdom. After Cambodia, Xi will travel to Bangladesh and the western Indian state of Goa, where he will attend a summit of the emerging-market bloc of BRICS, which groups Brazil, Russia, India, China and South Africa. 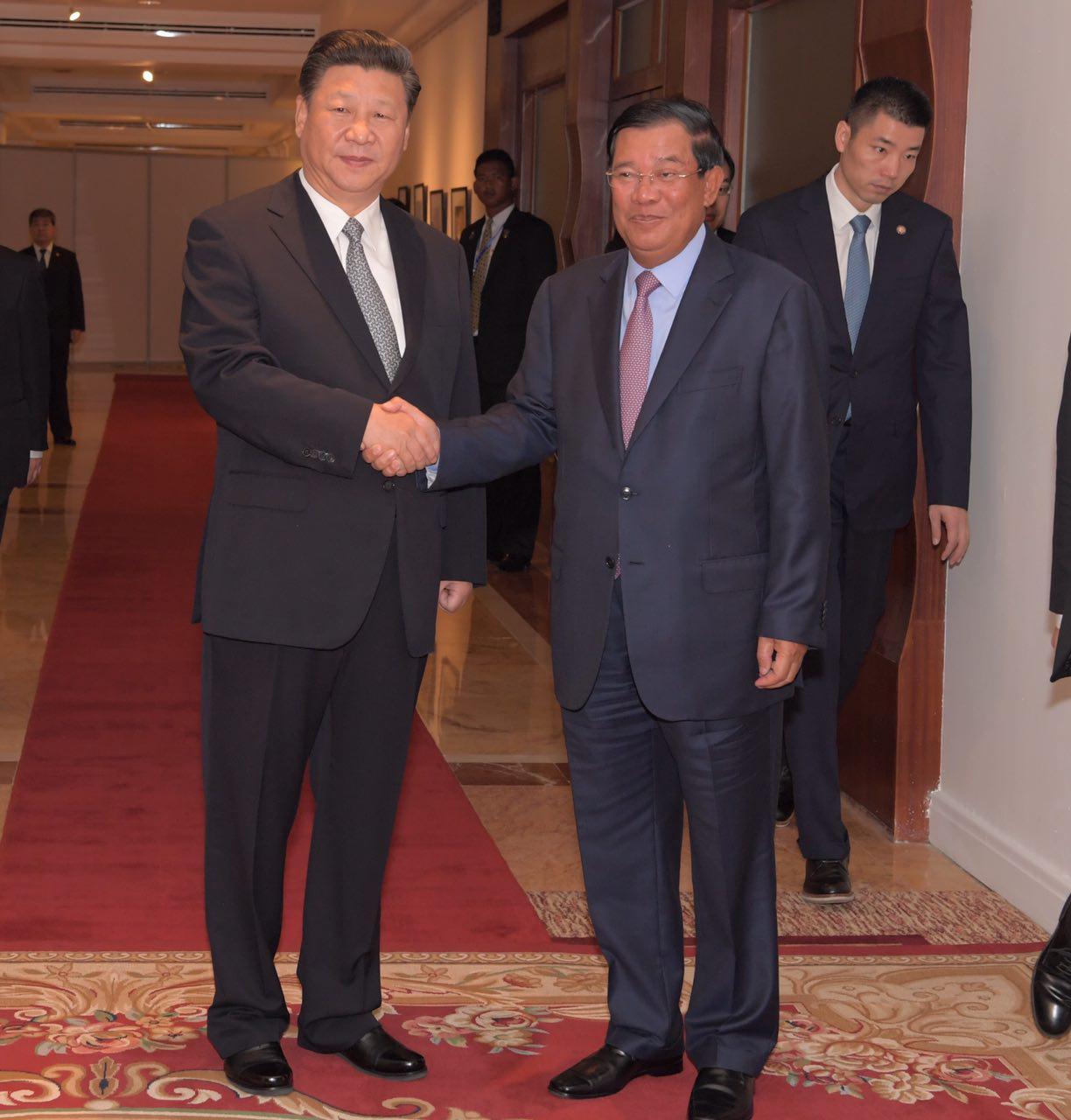