PHNOM PENH, Oct. 15 (FN) — Dengue fever had claimed 18 children's lives in Cambodia during the first nine months of 2016, down 44 percent over the same period last year, according to a report on Saturday.

Some 10,587 dengue fever cases were reported during the Jan. -Sept. period this year, a decrease of 3.3 percent compared to 10, 949 cases over the same period last year, Huy Rekol, director of the National Center for Parasitology, Entomology and Malaria Control, said in the report posted on the center's website.

"The situation of dengue fever in Cambodia is at a controllable level because this figure is still below the alarming line," he said.

Dengue fever is a viral disease transmitted through the bite of an Aedes mosquito which is a day-biting mosquito. Its symptoms include sudden onset of high fever which can last from 3 to 7 days, severe headache, muscle pain, vomiting, and rash.

In Cambodia, the outbreak of the virus is usually in the rainy season from May to October. 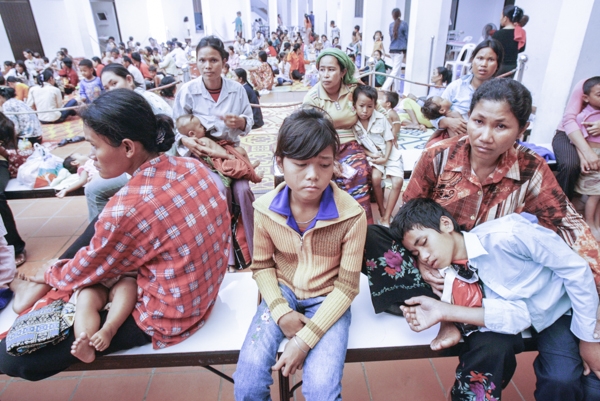