TOKYO, Oct. 19 (Xinhua) -- An aide to Prime Minister Shinzo Abe who also serves as an upper house member of the ruling Liberal Democratic Party visited the notorious Yasukuni Shrine in Tokyo on Wednesday.

Seiichi Eto's visit is the latest following some of Abe's Cabinet ministers and a contingent of more than 80 lawmakers from different parties paying homage at the contentious shrine.

Abe himself made a ritual offering to Yasukuni Shrine on Monday to observe the spring autumn festival.

Visits and offerings made at the shrine during its festivals by politicians, however, draw the ire of Japan's neighbors as the Yasukuni Shrine stands as a testament to Japan's past militarism and the barbaric acts that the Imperial Japanese Army committed on innocent civilians during their brutal wartime occupation of many parts of Asia.

China on Monday called on Japan to face up to and reflect upon its past aggressions, after Abe sent a ritual offering to the Yasukuni Shrine.

"We firmly opposes the wrong-doings of Japanese politicians," Foreign Ministry spokesperson Hua Chunying said at a daily press briefing, stating that Japan should make a clear break with its militarist past so as to win trust from its Asian neighbors and the international community. 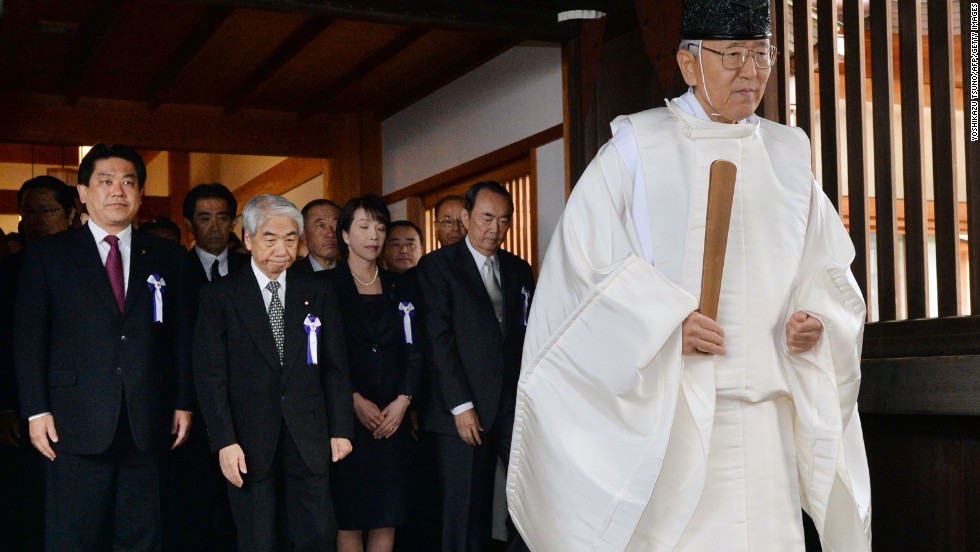