MANILA, Oct. 19 (Xinhua) -- Typhoon Haima is continuing to gain strength as it approaches the Philippines' main island of Luzon, prompting disaster officials to place Metro Manila and many areas in northern Luzon under high alert.

As of Wednesday morning, the typhoon was spotted 450 km east of Casiguran, Aurora province, the Philippine State Weather Bureau said.

"It is expected to intensify further before making landfall," the bureau said, adding the typhoon is expected to hit Cagayan area early Thursday morning before crossing the provinces of Apayao and Ilocos Norte.

Haima is predicted to dump heavy rains that may cause flooding in northern Luzon provinces.

"Estimated rainfall amount is from moderate to heavy within the 700 km diameter of the typhoon," the bureau said.

Haima is expected to leave the Philippines early Friday and veer towards China coast by evening, the bureau predicted. 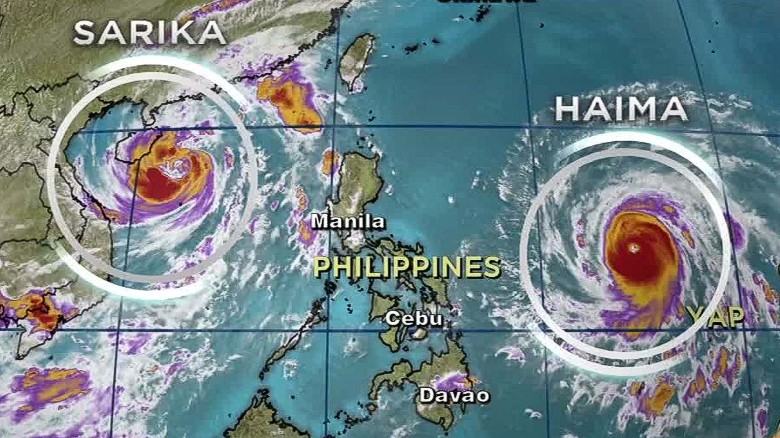