Iran jails 6 people over charges of espionage for U.S.

TEHRAN, Oct. 19 (Xinhua) -- Four Iranian nationals and two dual nationals were sentenced to 10 years in prison each over charges of espionage and collaboration with the U.S. government, Press TV reported on Wednesday.

According to the report, the Iranian judiciary has identified two of the convicts as Iranian-American Siamak Namazi and his 80-year-old father Baquer Namazi, and the others as Nazaar Zakaa, Farhad Abd-e Saleh, Kamran Qaderi and Alireza Omidvar.

Following the release of the news, the U.S. State Department demanded the "immediate release" of the two Iranian-Americans by Iran.

Siamak Namazi was arrested in October 2015 and his father, Baqer Namazi, was detained in February this year.

Baqer is a former Iranian provincial governor and served as a UNICEF representative in Somalia, Kenya, Egypt and other countries. 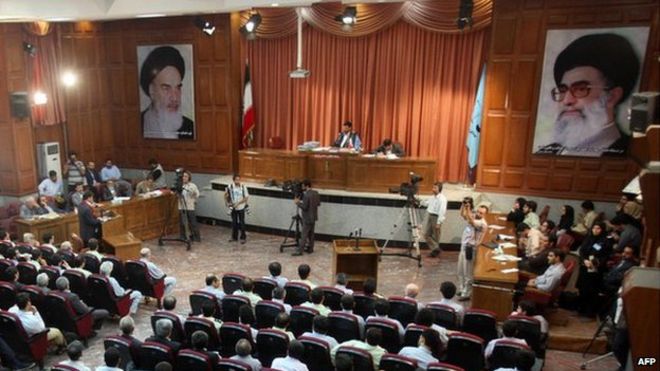