TOKYO, Oct. 21 (Xinhua) -- Multiple people were reportedly injured after an earthquake with a preliminary magnitude of 6.6 and a number of aftershocks rocked Tottori prefecture and other areas in western Japan Friday.

The major temblor at 14:07 local time was centered in the central part of the Tottori prefecture, with the epicenter at a latitude of 35.4 degrees north and a longitude of 133.9 degrees east and at depth of 10 km.

It logged 6 minus on the Japanese seismic intensity scale which peaks at 7 in Tottori prefecture and some other areas, and could be felt in most areas in western Japan, including Osaka, Kyoto and Kobe.

So far no tsunami warning has been issued.

There has been no abnormality detected in the Ikata nuclear power plant, which saw the quake registered as 3 on Japanese seismic scale. The nuclear plant in Ehime Prefecture, western Japan, had its Unit 3 reactor reactivated a few months ago, according to the Shikoku Electric Power Company.

Power supply for 32,000 households in Tottori prefecture has been outed since 14:35 local time, local media reported. 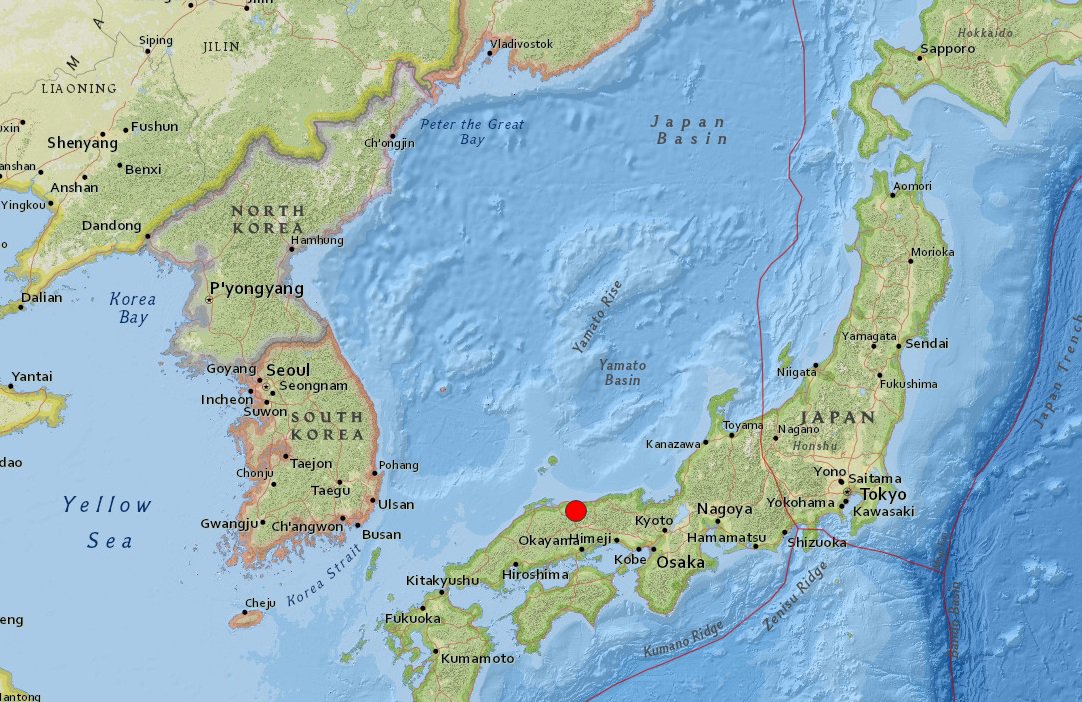