SYDNEY, Oct. 21 (Xinhua) -- The world's latest plant-eating dinosaur species discovered on the outbacks of Queensland, Australia more than a decade ago was said to have a wider hip and a bigger belly.

Named Savannasaurus ellittorum, the four-legged, six-meter tall, long-necked creature was first discovered by grazier David Elliott in 2005 on his sheep station in a Queensland town of Winton while out mustering his sheep.

However, the discovery was only made known to the world through the prestigious Science Report journal on Thursday after a 10-year research confirmed it to be a brand new species.

Its lead author Stephen Poropat told Xinhua that all 10 researchers as well as Elliot had taken the liberty to name the dinosaur after it was determined to be a new species recently.

Savannasaurus dinosaurs was said to have lived in Australia between 95 to 98 million years ago, Poropat said.

The new species was a sauropods which is part of a dinosaur group called titanosaurs.

"We have only discovered 25 percent of the skeleton which mainly comprised from the rib cage," Poropat added.

Poropat said another similar species that had been unearthed in the same area alongside with Savannasaurus had been named Diamantinasaurus matildae in 2009.

"It took us a longer time to determine that Savannasaurus was a new species and that is why we named Diamantinasaurus first," he said.

International research have suggested both sauropods might have originated from South America between 120 and 110 million years ago, and had crossed over Antarctica before making their way to Australia during a period of warming 105 million years ago which had removed a climatic barrier between the two continents.

Meanwhile, as for Elliott, who currently holds the chairmanship at the Australian Age of Dinosaurs Museum in Queensland had told the Australian Associated Press (AAP) in 2005 that he had stumbled upon the bones by chance.

"I was trying to keep the sheep together on my own on a motorbike and I went straight through these bones," Elliott told the AAP way back in 2005.

"Anything else and I probably wouldn't have even stopped to have a look, but I jumped off as soon as I could and had a quick look and went 'Wow'," he was quoted as saying then.

The Savannasaurus dinosaur is currently on display at the Australian Age of Dinosaurs Museum where it was originally found in Winton years ago. 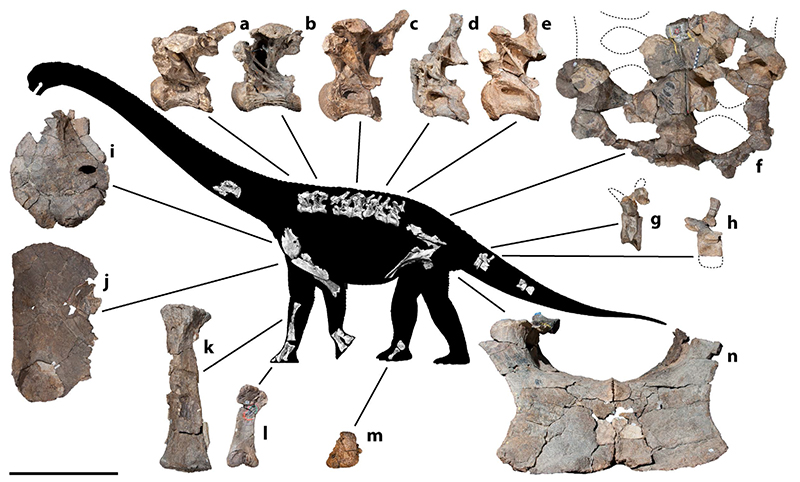