MANILA, Oct. 21 (Xinhua) -- A Russian envoy in Manila said on Friday that Russia is looking forward to the visit of Philippine President Rodrigo Duterte to Russia.

In an interview with GMA News TV, Russian Ambassador Igor Khovaev said Manila should offer its wish list of the kind of assistance it wants from Moscow.

"Please formulate your wish list. What kind of assistance do you expect from Russia and we will be ready to sit down with you and discuss what can and should be done," Khovaev said.

He said that Russia is preparing for the visit of Duterte to Moscow. He did not elaborate.

The envoy said it's the right time that Russia and the Philippines know each other more and strengthens their diplomatic relations.

"(The Philippines and Russia) deserve to know each other much, much better. It's time to discover," he said, adding that Russia is very much open to cooperation with the Philippines.

He said the cooperation that Russia is looking at "includes any area, any field of possible cooperation."

Khovaev said the Russian Prime Minister Dmitry Medvedev was "deeply impressed by the personality of Duterte" when the two leaders met in Vientiane on the sidelines of the ASEAN meetings last month.

Duterte has praised Medvedev repeatedly in his speeches in Manila weeks after his meeting with the Russian leader in Laos, making his plan to cement diplomatic relations with Russia. 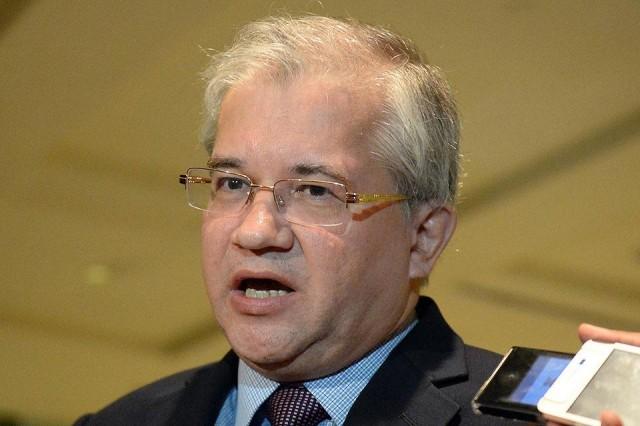