PHNOM PENH, Oct. 24 (FN) — Four Cambodians were among 26 members of a hostage vessel crew released in Somalia on Saturday after being held hostage by Somali pirates for nearly five years, a spokesman said Monday.

"The Ministry of Foreign Affairs and International Cooperation is delighted to learn that four Cambodians along with other hostages were freed," the ministry's spokesman, Chum Sounry, said in a press release.

The four Cambodians will arrive in Manila, the Philippines on Oct. 28 in the afternoon via an Emirates flight EK332, he said, adding that the ministry is arranging their continued flight from Manila to Cambodia.

An Omani-flagged fishing vessel Naham 3 was hijacked south of the Seychelles in March 2012. Of the original 29-member crew, one sadly died in a scuffle with the pirates when the hijacking took place and two more succumbed to illness during their captivity, reports said.

The remaining 26 crew members, from Cambodia, China, the Philippines, Indonesia and Vietnam, spent much of their captivity on land in Somalia until they were released on Saturday.

The rescued sailors were moved to Nairobi, Kenya on Monday with the help of relevant United Nations agencies. 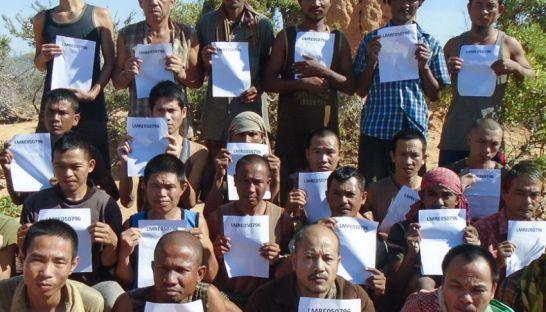