Duterte voices aversion to presence of foreign troops in Philippines

MANILA, Oct. 25 (Xinhua) — Philippine President Rodrigo Duterte voiced aversion on Tuesday to the presence of foreign troops in the Philippines, saying the country's constitution dictates that the Philippines pursue an independent foreign policy.

At the news conference before departing for Tokyo where he is making a three-day visit, Duterte said his country does not have to "dovetail what the policies of other countries are especially in the matter of stationing of military troops" in the Philippines.

Duterte has earlier said that he wanted to cut the joint military exercises with the U.S. troops and wanted the U.S. military experts out of Mindanao.

"I want an independent policy that I will not kowtow to anybody," he said. 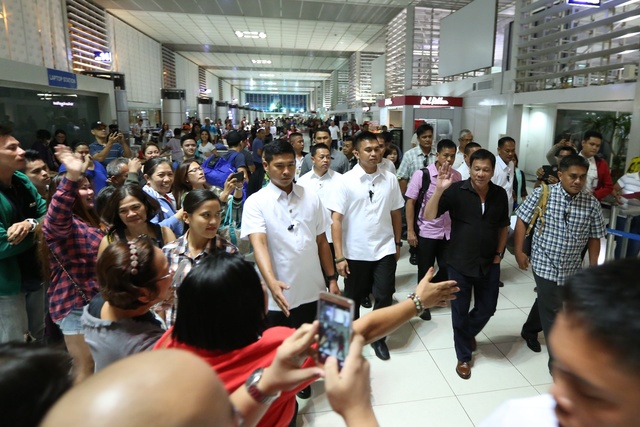