At least 4 killed, 20 hurt as bus falls off bridge in eastern India

NEW DELHI, Oct. 25 (Xinhua) -- At least four people were killed and over 20 others injured after a private bus fell off a bridge on a national highway in the eastern Indian state of Odisha on Tuesday, a senior police official said.

"The mishap took place on National Highway-55 in the state's Angul district when the driver lost control of the bus, carrying more than 30 passengers, while trying to save a biker who came in the way," he said on condition of anonymity.

While four people died on the spot, those injured have been rushed to a nearby hospital by local residents, the official said, adding some were later shifted to SCB Medical College and Hospital in Cuttack after their condition worsened, the official added.

A probe has been ordered into the incident, he said.

This is the second major bus accident in Odisha in the past one-and-a-half months. In September, more than 20 people died when a bus in which they were travelling fell off a bridge in the district.

India records one of the highest accident rates in the world, with more than 130,000 people dying every year, as per official statistics. 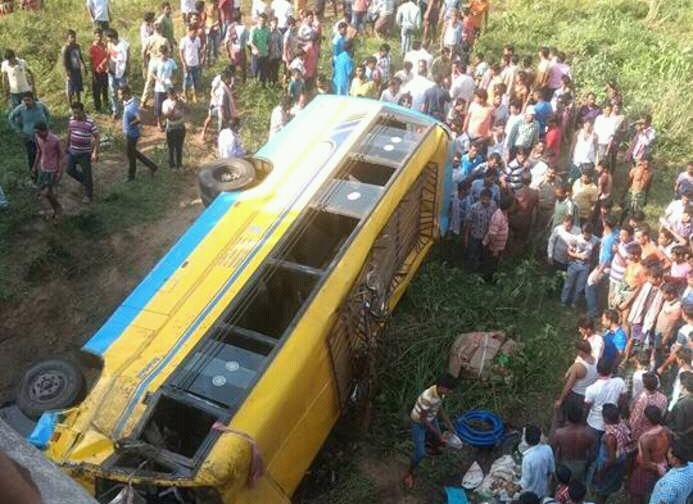