NEW DELHI, Oct. 27 (Xinhua) -- India on Thursday expelled a Pakistani High Commission official on charges of espionage after claiming to have caught him and two Indian nationals with some "sensitive defense documents and maps."

Indian External Affairs Ministry summoned Pakistani High Commissioner Abdul Basit and told him that the Pakistani official, identified as 35-year-old Mehmood Akhtar, has been declared persona non grata for espionage activities, and that he and his family must leave this country within 48 hours.

However, refuting India's charges, the Pakistani High Commissioner has claimed that Akhtar was "detained and manhandled in violation of the Vienna Convention".

Earlier in the day, Akhtar and the two Indian nationals were nabbed by the Delhi Police for alleged spying. Cops claimed the trio were caught red-handed near Delhi Zoo while the two Indians were handing over sensitive defense documents to Akhtar, following a tip-off by Indian security agencies.

While the Pakistani official who works in the High Commission's visa section, was not arrested and let off after questioning due to his diplomatic immunity, the two Indian nationals -- Maulana Ramzan and Subhash Jangir -- were arrested, a senior police official said.

In fact, Indian intelligence agencies have been for some time keeping a tab on a few employees of Pakistan's High Commission after a spy network allegedly linked to the Pakistani intelligence agency was busted last year, and five persons were also arrested, the official said.

The expulsion of the High Commission staff member came amid increasing tensions between India and Pakistan in the aftermath of the terror attack on an Army base in Indian-controlled Kashmir last month, in which 19 soldiers died and more than 30 others sustained injuries.

India has blamed Pakistan for the attack, a claim denied by the latter. Both India and Pakistan stake out claim to Kashmir and have fought at least three major wars over the disputed territory in the past 65 years. 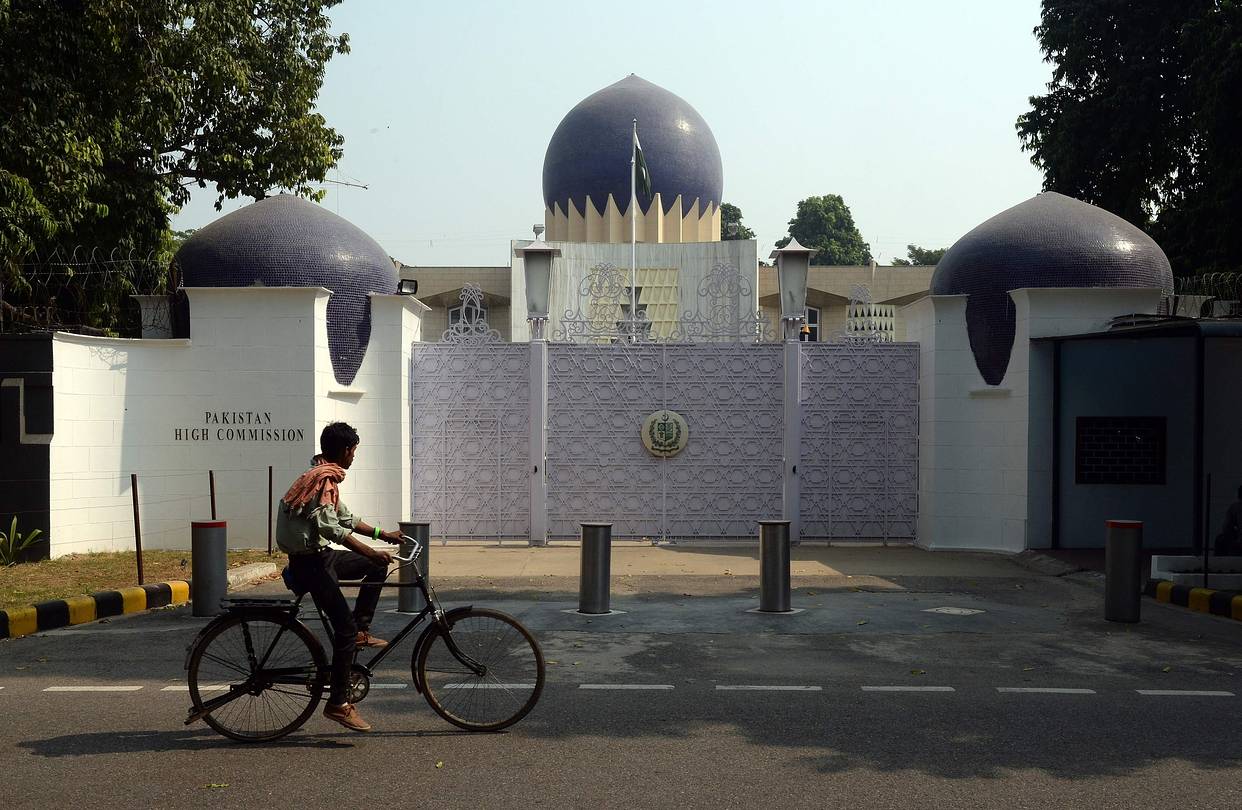